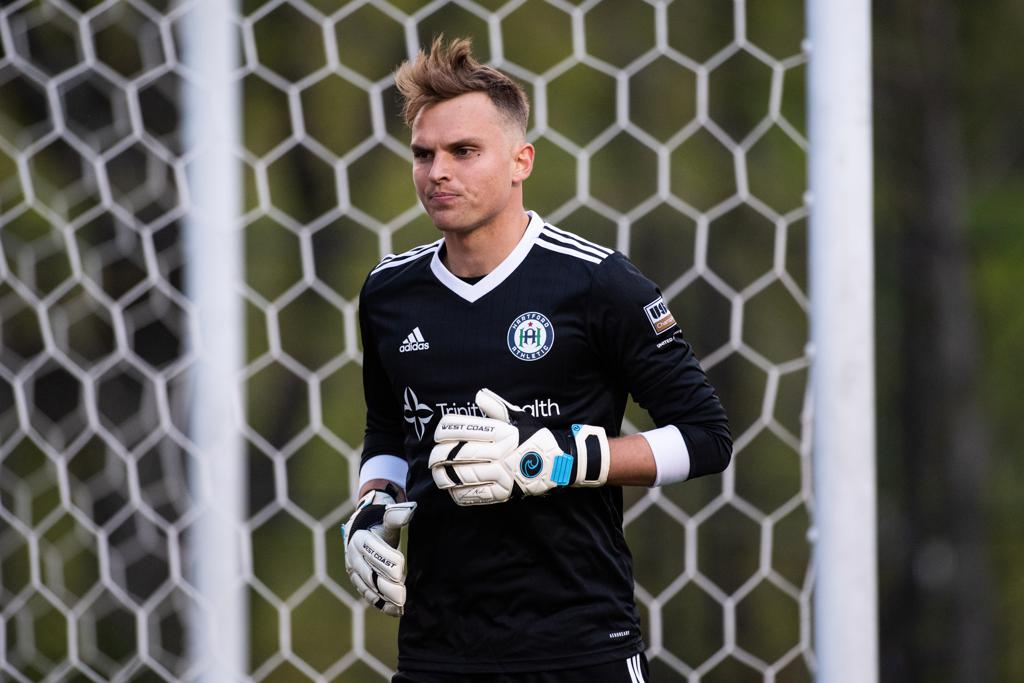 MIAMI (November 5, 2021) – The Miami FC has signed goalkeeper Jeff Caldwell on an emergency loan from Hartford Athletic ahead of Saturday’s USL Eastern Conference Quarterfinal match against Louisville City. The club announced the signing on Friday, with goalkeeper Brian Sylvestre being unavailable for Saturday’s clash.

Under USL Championship rules, after the official Roster Freeze date, if a club is reduced to a single available and healthy goalkeeper, that club may petition the league to register an emergency goalkeeper. The subsequent registration will be permitted until such time as one or more of the originally rostered goalkeepers becomes available and healthy.

At 25, Caldwell joined Hartford ahead of the 2021 season from major League Soccer’s New England Revolution. In 2021, Caldwell played in 30 matches, picking up nine clean sheets and recording 109 saves, second most saves in the USL Championship.

Miami FC faces Louisville City on the road this Saturday at 8 p.m. at Lynn Family Stadium. Fans can watch the match live on ESPN+ or on SiriusXM FC on channel 157.