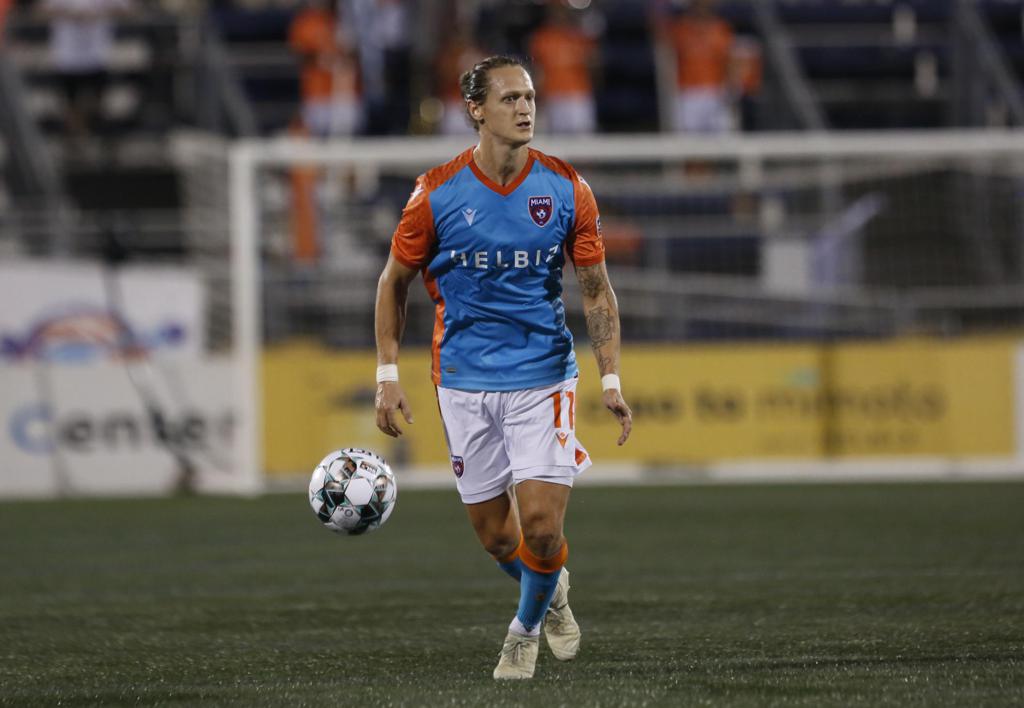 MIAMI – Miami FC and Pittsburgh Riverhounds SC played to a 0-0 draw on Saturday night at FIU Stadium, only for both sides to drop below the Charlotte Independence in the Atlantic Division standings at the end of the night. Despite the draw, Miami FC clinched a spot in the USL Championship Playoffs.

The hosts almost made a flying start inside the opening minute when Othello Bah lifted a pass into the penalty area for Ariel Martinez, whose first-time shot was blocked to safety by goalkeeper Danny Vitiello. The Hounds took longer to find their first good chance, but it arrived in the 12th minute as Alex Dixon got into space on the right to deliver a low, near-post ball that Russell Cicerone tried to turn home only to be denied by Miami’s Connor Sparrow. Five minutes later it was the turn of Danny Griffin for the visitors, but volleyed finish from the top of the penalty area off a half-cleared cross fizzed just wide of the left post.

Cicerone had another chance to put the visitors ahead nine minutes before halftime as he cut toward a lifted ball into the penalty area by Jordan Dover but couldn’t control his first touch as the ball bounced wide of the right post. The Hounds then threatened inside the opening minute of the second half as Dixon joined an attack late and found space to shoot from 25 yards through traffic from the right channel, but Sparrow was able to smuggle the ball wide of the right post for a corner kick.

The key moment of the game arrived in the 67th minute, though, as Miami was awarded a free kick 30 yards from its own goal. The ball was passed laterally and the back into the penalty area, but eluded Sparrow and rolled into the net, seemingly giving the Hounds the lead. After consulting with the Assistant Referee, however, the Referee awarded Pittsburgh a corner kick, ruling out the goal.

Pittsburgh’s Shane Wiedt headed just over from the set piece as the Hounds, and with five minutes to go Albert Dikwa had another chance inside the area but was crowded out as his shot was deflected behind for a corner kick. The visitors then went close to grabbing victory with two minutes to go when Kenardo Forbes got into space to deliver a low cross that was met first-time by Dixon only for Sparrow to make a sharp save to deny him. That served as the last best chance for the visitors as Miami held on for a point on home turf.