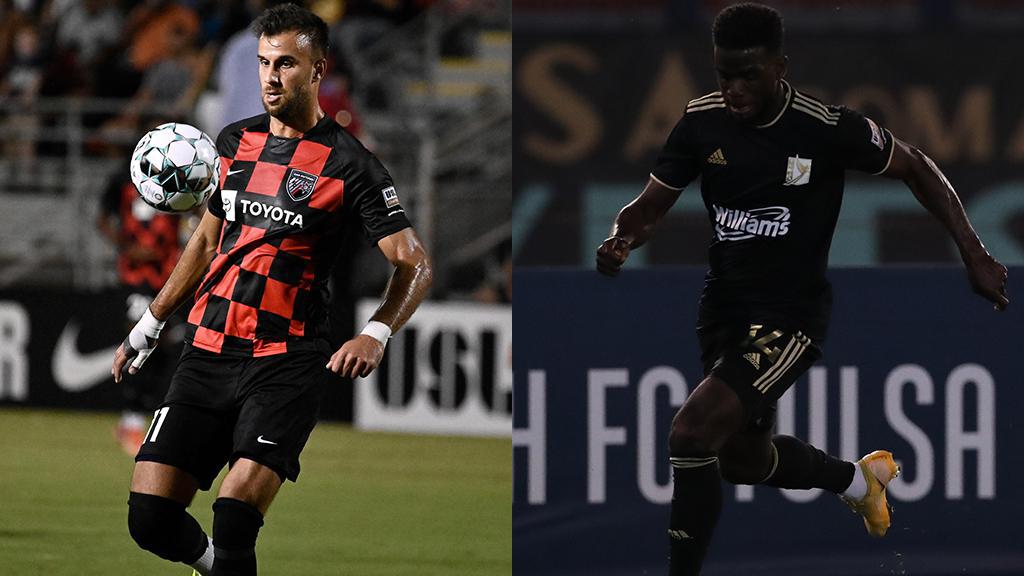 San Antonio FC's Justin Dhillon and FC Tulsa's Jason Johnson will be looking to find the back of the net as their sides meet on Saturday night in an interconference clash at Toyota Field.

SAN ANTONIO – San Antonio FC and FC Tulsa will meet in an interconference matchup on Saturday night at Toyota Field as the sides that finished 1-2 in Group D of the Western Conference during the 2020 season renew their rivalry with the hosts having a chance to book their place in the playoffs with a victory. Kickoff is scheduled for 8:30 p.m. ET.

@SanAntonioFC (13-7-8, 47pts) moved into second place in the Championship’s Mountain Division last Sunday night as it rolled to a 4-2 victory against Memphis 901 FC at Toyota Field. The result provided the best attacking display from SAFC this season as goals by Jose Gallegos and Justin Dhillon either side of halftime were backed up by a pair of goals by Nathan Fogaca to close out the game. Focaga’s brace was his fourth of the season and took the Brazilian to a team-leading 10 goals this campaign, while Dhillon sits on seven goals and Gallegos five goals and three assists in a solid follow-up to his nomination for the Championship’s Young Player of the Year in 2020. San Antonio will have defender Jasser Khmiri available for selection against Tulsa after the club successfully appealed his second yellow card offense against Memphis, rescinding the red card and one-game suspension. San Antonio can clinch its playoff place with a win on Saturday night should Austin Bold FC lost to Real Monarchs SLC and Rio Grande Valley FC fail to take victory against Colorado Springs Switchbacks FC earlier in the day. Should one of those results occur on Saturday, SAFC would also clinch if New Mexico United fails to take victory on Sunday night against San Diego Loyal SC, which would leave the side clear of two of the three sides battling for fourth place in the standings.

@FCTulsa (12-12-3, 39pts) is looking to get back into the win column as it heads to San Antonio after suffering a 2-1 defeat at home to El Paso Locomotive FC for its second consecutive defeat. Tulsa is now winless in its last five outings overall which has seen the side drop to fourth place in the Central Division standings. The side remains solidly in contention for the playoffs, however, with a Magic Number of 7 going into the weekend with five games remaining. The visitors could see forward Joaquin Rivas return to the lineup on Saturday after the veteran started in all three of El Salvador’s 2022 FIFA World Cup Qualifying games over the past two weeks, including a key 1-0 win against Panama that saw La Selecta earn its first win of the cycle.