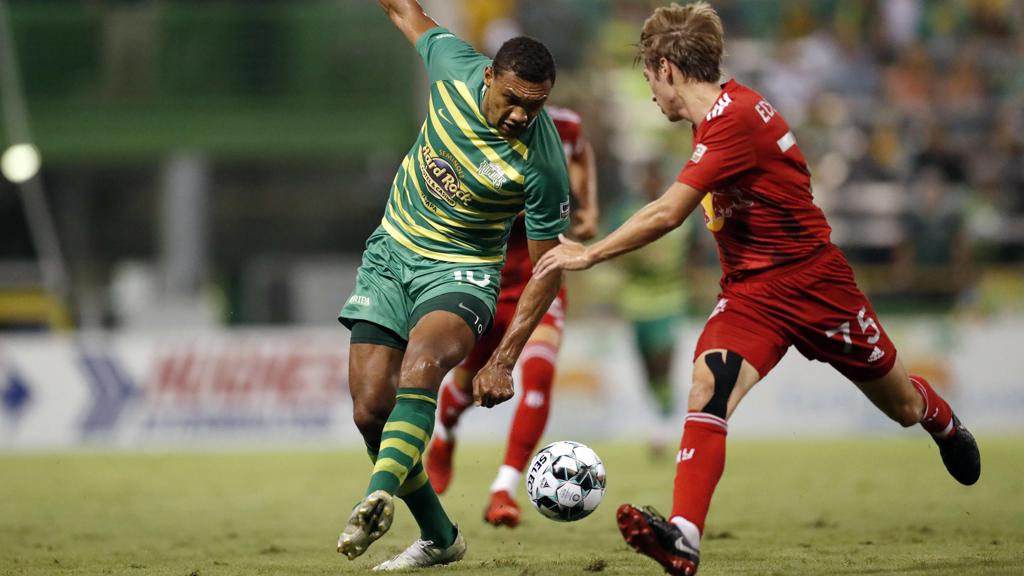 ST. PETERSBURG, Fla. – The Tampa Bay Rowdies will play host to the New York Red Bulls II on Friday night at Al Lang Stadium as they look to rebound from the end of their nine-game winning streak last Sunday night in the penultimate home game of the regular season against a Red Bulls II side that put up a strong battle in its most recent outing. Kickoff is scheduled for 7:30 p.m. ET.

The @TampaBayRowdies (20-7-1, 61pts) fell for the first time in more than two months last Sunday evening as Pittsburgh Riverhounds SC took a 2-0 win at Highmark Stadium. The visitors had a chance to pull level in the second half, but Leo Fernandes had a penalty kick saved before the hosts went on to add an insurance goal of their own. The Rowdies momentarily slipped from the leading spot to claim the best record in the Championship’s regular season with the loss, but returned to that position on Wednesday night following Phoenix Rising FC’s 1-0 defeat at Orange County SC. With a maximum available point total of 73pts, the Rowdies would be assured of homefield advantage throughout the playoffs if they win their final four games of the season. They’ll begin that pursuit against a Red Bulls II side in all three prior meetings this season, including a 6-0 win on September 11 at Al Lang Stadium when the teams last met that saw Fernandes, Yann Ekra and Championship Player of the Month for September Sebastian Guenzatti each score a pair of goals apiece.

@NYRBII (5-17-6, 21pts) has been eliminated from playoff contention for this season but has shown some fight in its recent outings as it closes out the campaign. Last Saturday night the side took an early lead against the Charlotte Independence at American Legion Memorial Stadium and then produced some resilient defending - including an outstanding double save by goalkeeper AJ Marcucci on a penalty kick by the Independence’s Irvin Parra – before the hosts grabbed a 2-1 victory. New York remains in the Top 10 in shots this season in the league with 371 – an average of 13.3 per game – and will be looking for its attack led by Omar Sowe, Jake LaCava and Jeremy Rafanello to try and spring a surprise as the team looks for its first win at Al Lang Stadium since the 2017 USL Championship Playoffs.