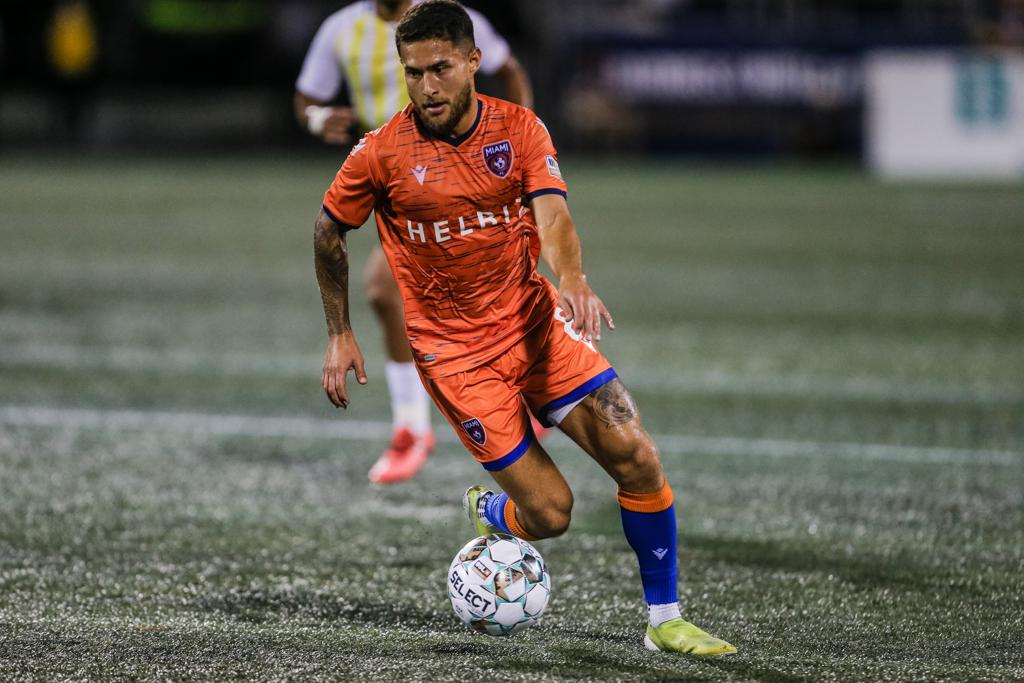 CHARLOTTE, N.C. – The Charlotte Independence took a fourth consecutive victory and in turn ended Miami FC’s nine-game undefeated streak to close within two points of the Atlantic Division’s third-placed side with a 2-0 win at American Legion Memorial Stadium on Wednesday night.

After a 45-minute delay due to lightning, Charlotte wasted no time in getting the game moving as after just 12 seconds midfielder Gabriel Obertan fired a warning shot from 30 yards just over the crossbar for the hosts. Miami had its own early chance in the eighth minute as a flipped pass forward by Bolu Akinyode found El Salvador international Josh Perez for a header that forced a sharp save by Independence goalkeeper Austin Pack, and from the ensuing corner the visitors found the net through Akinyode only for the offside flag to be raised on Baggio Kcira after he regained possession off his initial delivery near the byline.

Obertan put the hosts ahead in the 12th minute, however, as Irvin Parra picked up possession on the left flank and cut inside to deliver a pass to Sylvain Marveaux that the French midfielder laid back to Obertan for a first-time shot into the bottom-left corner of the net. From there the defenses for both clubs began to settle, but six minutes before halftime Miami’s Lamar Walker had a chance to level after a half-clearance inside the penalty area set up nicely for the Jamaican international, only for his shot to go well high of the crossbar.

Charlotte had an early chance to double its lead as a deep cross to the right side of the penalty area found Marveaux, who laid a pass back to Brandt Bronico for a first-time shot that was blocked wide of the right post by Miami’s Paco Craig. The visitors maybe should have leveled in the 55th minute, however, as Walker intercepted an underhit pass out of the back and centered for Pierre Da Silva, only for his finish to go wide of the left post with the goal open after Pack had shifted to challenge Walker.

The Independence doubled their lead in the 64th minute, though, as Marveaux played Joel Johnson into space on the right for a cross to the back post that Miami defender Junior Palacios tried to cushion back to Sparrow only for his header to find the left corner of the net for an own goal.

Miami tried to find a way back into the game as Walker continued to look dangerous, and the Jamaican international curled a shot just off target as he took aim at the top-left corner of the net from near the top of the penalty area with 21 minutes to go. The visitors had a late chance ruled out for offside as Adonijah Reid found the back of the net deep in second-half stoppage time, but soon after the final whistle arrived as the Independence continued their drive into contention for the top three in the Atlantic.