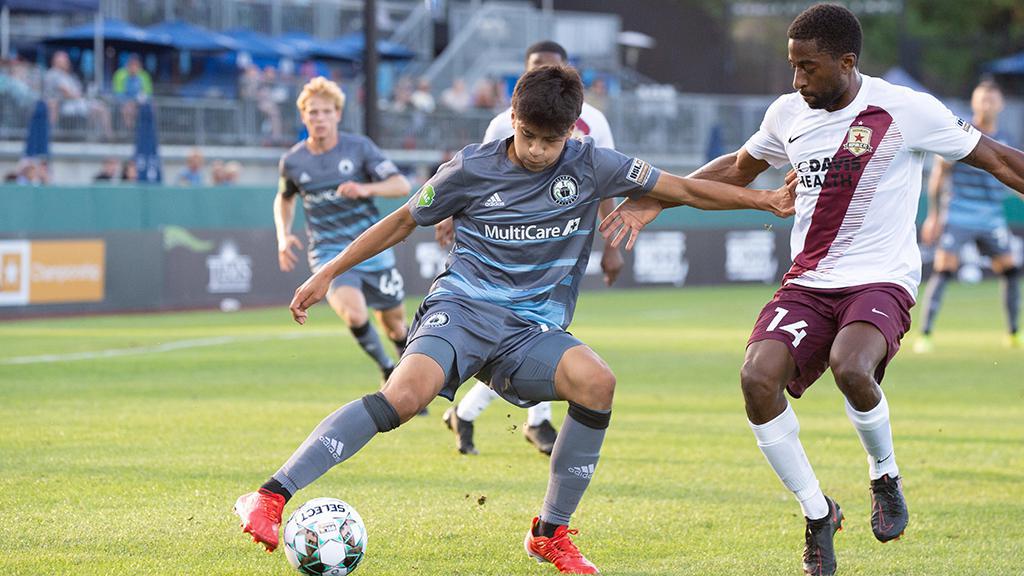 Tacoma Defiance and Sacramento Republic FC are both looking to get back on a winning track as they meet for the second time at Cheney Stadium this season. | Photo courtesy Charis Wilson / Tacoma Defiance

TACOMA, Wash. – Tacoma Defiance plays host to Sacramento Republic FC on Wednesday night at Cheney Stadium in a key game for both club’s playoff aspirations with the hosts looking to break a three-game losing streak as they return to home turf and Republic FC hoping to close the gap to the fourth-placed Defiance in the USL Championship’s Pacific Division standings. Kickoff is scheduled for 10 p.m. ET.

@TacDefiance (8-8-6, 30pts) fell 1-0 to San Diego Loyal SC on Sunday afternoon at Torero Stadium as the side had difficulty in breaking down the hosts defensively, recording only two shots on goal and six shots overall. The Defiance’s attack has cooled off in its past three games, recording a combined seven shots on goal and finding the only twice, having previously recorded 11 goals in its five games prior. Tacoma remains in fourth place in the Pacific Division despite its downturn in form, but now sits only three points ahead of Oakland Roots SC and four points ahead of Sacramento. The Defiance and Republic FC previously played to a 1-1 draw this season as Tacoma’s Randy Mendoza scored an equalizer for the hosts with eight minutes to go, but with the sides set to meet twice more this season at Heart Health Park, Wednesday’s game could be pivotal in the playoff hopes for both clubs.

@SacRepublicFC (6-9-8, 26pts) is also looking to rebound on Wednesday night after suffering a 1-0 defeat to San Antonio FC at Heart Health Park on Saturday night to remain in sixth place in the Pacific Division standings. Republic FC has been held scoreless in each of its past two outings and will be without forward Maalique Foster on Wednesday following his late red card during the contest. Republic FC has had prior success on the road against the Defiance, with its draw earlier this season moving the side to 3-3-3 away from home in the all-time series against the club, with Dariusz Formella having scored four goals in four prior games against the Defiance since joining Republic FC.