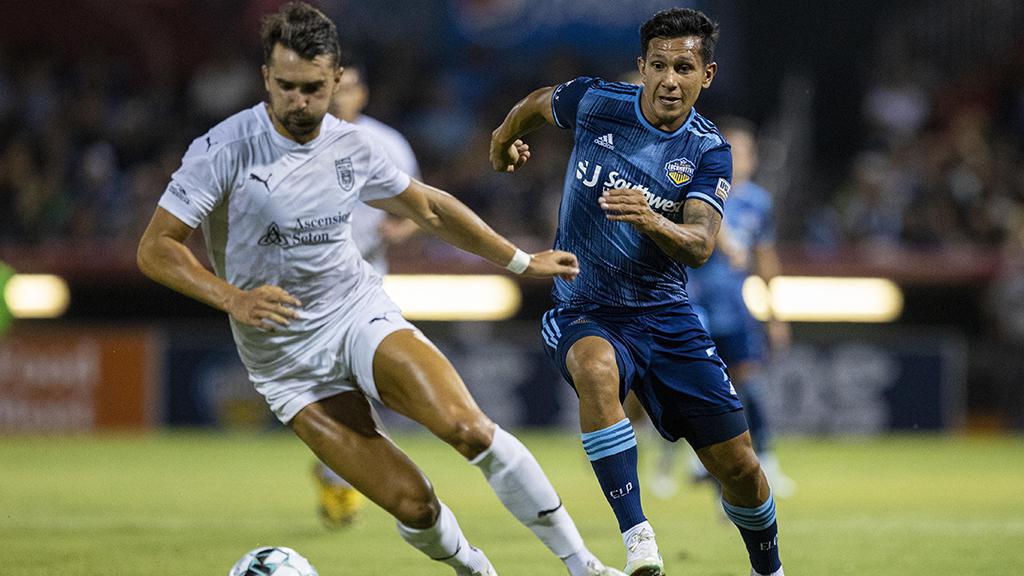 AUSTIN, Texas – Austin Bold FC will get the biggest test of its recent form as it plays host to El Paso Locomotive FC on Wednesday night at Bold Stadium with the visitors looking to remain in contention for the best record in the Championship against a Bold FC side currently on a three-game winning streak as it returns home after a road win on the weekend. Kickoff is scheduled for 9 p.m. ET.

@AustinBoldFC (9-6-8, 35pts) took a 1-0 victory on Saturday night in an interconference clash with FC Tulsa at ONEOK Field as Fabien Garcia scored an outstanding free kick to provide the only goal of the game. The French defender’s strike – his fourth goal of the season – set up Austin early and from there the side defended impressively, allowing Tulsa only two shots inside the penalty area of 10 overall despite holding only one-quarter of the game’s possession. Sitting in fourth place in the Mountain Division standings, Austin has now won three games in a row under new Head Coach Ryan Thompson and notched two consecutive shutouts to build a four-point lead on both Rio Grande Valley FC and New Mexico United. Bold FC will be hoping to show more of its recent form against an El Paso side against which it has fallen to defeat in two prior meetings this season as it tries to add to its lead over the clubs currently below the playoff line.

@EPLocomotiveFC (13-2-7, 46pts) will also be eager for victory as it returns to action after a 0-0 draw with Colorado Springs Switchbacks FC last Wednesday night at Weidner Field. The result dropped El Paso’s maximum available points total to 76 with 10 games to play in the regular season, one point fewer of the potential points available to Pacific Division leader Phoenix Rising FC as the two sides vie alongside Atlantic Division leader the Tampa Bay Rowdies for the best record in the league, which with it comes homefield advantage in the postseason. Locomotive FC is undefeated in its last three games overall and took a 1-0 win when it last visited Austin on June 3 when Diego Luna scored the only goal of the game. The side has also posted shutouts in back-to-back outings, which has moved goalkeeper Logan Ketterer into a tie for fourth place in the league with six shutouts this season, and the side into a tie for second overall in the Championship with 10 alongside the Charlotte Independence, three back of league leaders the Tampa Bay Rowdies.