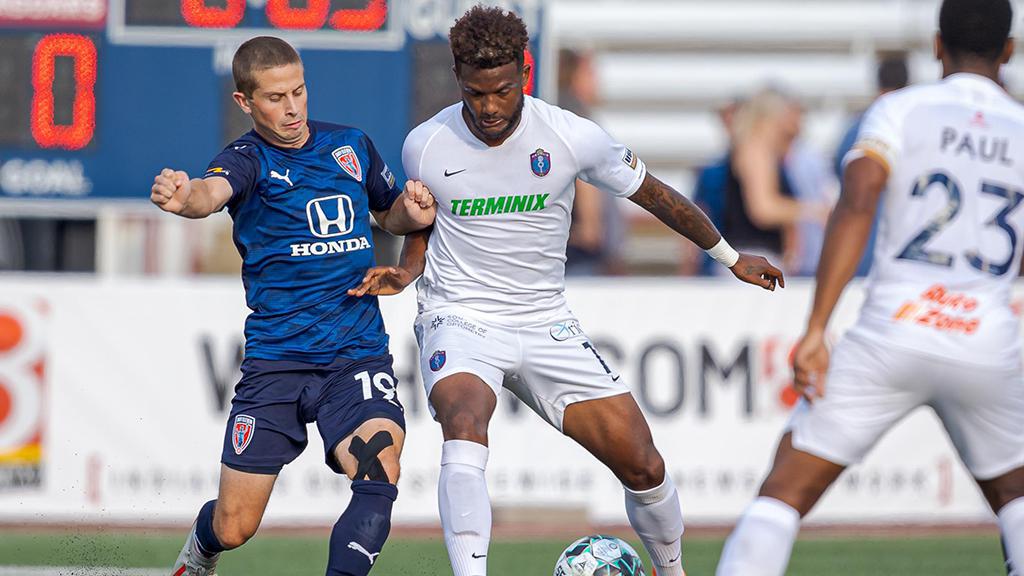 Memphis 901 FC and Michael Salazar took four points from two visits to Indy Eleven previously this season as the scene shifts to AutoZone Park on Wednesday night for a matchup with playoff implications for both clubs. | Photo courtesy Trevor Ruszkowski /

MEMPHIS, Tenn. – Memphis 901 FC plays host to Indy Eleven on Wednesday night at AutoZone Park in a key game for both sides in their pursuit of a place in the USL Championship Playoffs from the Central Division, with seventh-placed Memphis looking to build on a win last time out and pass sixth-placed Indy with a point separating the sides to start the week. Kickoff is scheduled for 8 p.m. ET.

@Memphis901FC (7-8-7, 28pts) earned a 3-0 victory against the New York Red Bulls II on Sunday afternoon as Kyle Murphy scored a pair of goals and goalkeeper Cody Cropper made a four-save shutout at MSU Soccer Park. Murphy’s goals were his 12th and 13th of the season, which in turn made him the leading goalscorer in 901 FC’s short history while also moving him into a tie for fourth place in the Championship this season. The New York native has been a key figure for the side this season, accounting for 54 percent of the club’s 24 goals in the campaign. The victory against the Red Bulls II moved 901 FC within three points of fourth-placed OKC Energy FC going into Wednesday’s game, with Memphis holding three games in hand on OKC as it takes aim at a first trip to the USL Championship Playoffs. The side has also taken a win and a draw in its two prior meetings with Indy this season, having gone winless in its prior three meetings in the 2019 and 2020 seasons.

@IndyEleven (8-11-5, 29pts) arrives in Memphis having suffered a 2-0 defeat to rival Louisville City FC on Saturday night at Michael A. Carroll Stadium in a continuation of the home form that has threatened the side’s chances to return to the playoffs this season. Indy has won as many times away from home as at The Mike this season with four wins apiece and has seen its form fluctuate with a record of 2-3-2 over its past seven games to leave it two points behind Energy FC with eight games to go in its regular season. A victory would move Indy above OKC in the standings ahead of back-to-back games with Energy FC, the first on Sunday evening at Taft Stadium, as the side enters a crucial stage of its season for its postseason chances.