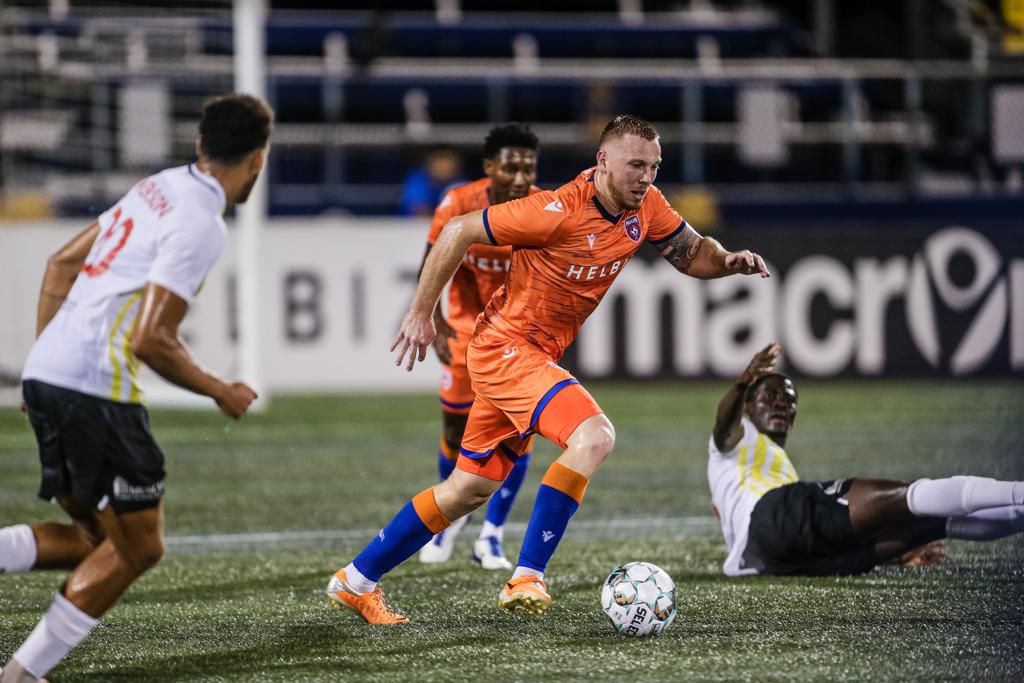 MIAMI (September 18, 2021) -- Lamar Walker notched a second-half equalizer for Miami FC as the hosts twice hit the woodwork but were unable to find a winner in a 1-1 draw against the Charleston Battery on Saturday night at FIU Stadium.

Miami opened brightly and had a pair of early chances, the first from Haitian international Christiano Francois on a shot from 25 yards that was parried over the crossbar by Charleston’s Joe Kuzminsky, and a second for Turks and Caicos international Billy Forbes, who almost caught out the Battery goalkeeper as he pressed a pass back only for the ball to hop kindly for the visitors allowing Kuzminsky to gather.

Charleston took the lead in the 14th minute, however, as off a corner kick from the left, Zeiko Lewis delivered a near-post ball that was met by Patrick Hogan for a headed finish into the root of the net. The visitors had another chance three minutes later as Josh Penn fired a shot that was saved by Miami’s Connor Sparrow but were denied a second in the 24th minute as on a counterattack DZ Harmon tried to play Stavros Zarokostas into the right side of the penalty area. The pass was partially intercepted, but Zarokostas was still able to lift a finish past Sparrow, only for Paco Craig to make an outstanding goal line clearance to deny the visitors.

The hosts had a chance to level from a corner kick of their own just past the half-hour mark as Callum Chapman-Page’s header was tipped over by Kuzminsky, while from an ensuing corner Craig sent a header just wide of the left post. The sides continued to exchange chances as the first half progressed, though, and Sparrow had to be alert to parry away a curling shot from the right side of the penalty area by Penn as the Battery continued to look to add to their lead.

The positive play continued into the second half as Miami looked to level. First Chapman-Page sent a header just over the crossbar two minutes after the break, and then in the 53rd minute Jamaican international Speedy Williams hit the right post with a first-time shot from the top of the penalty area that caromed wide of the net. After building pressure the hosts leveled in the 67th minute as Ariel Martinez slipped a pass through to Walker, who gathered and sent a quick shot into the left corner of the net.

Martinez then almost provided a winner with a minute to go as after a clipped cross from Walker on the left a header by Chapman-Page was clawed off the line by Kuzminsky and the Cuban sent the rebound off the crossbar before the Battery defense cleared. Bolu Akinyode then also went close as Kuzminsky came for a corner kick as the game moved into stoppage time, only to see his shot deflect wide of the left post, but the hosts were unable to find a winner as Charleston held on for a point on the road.