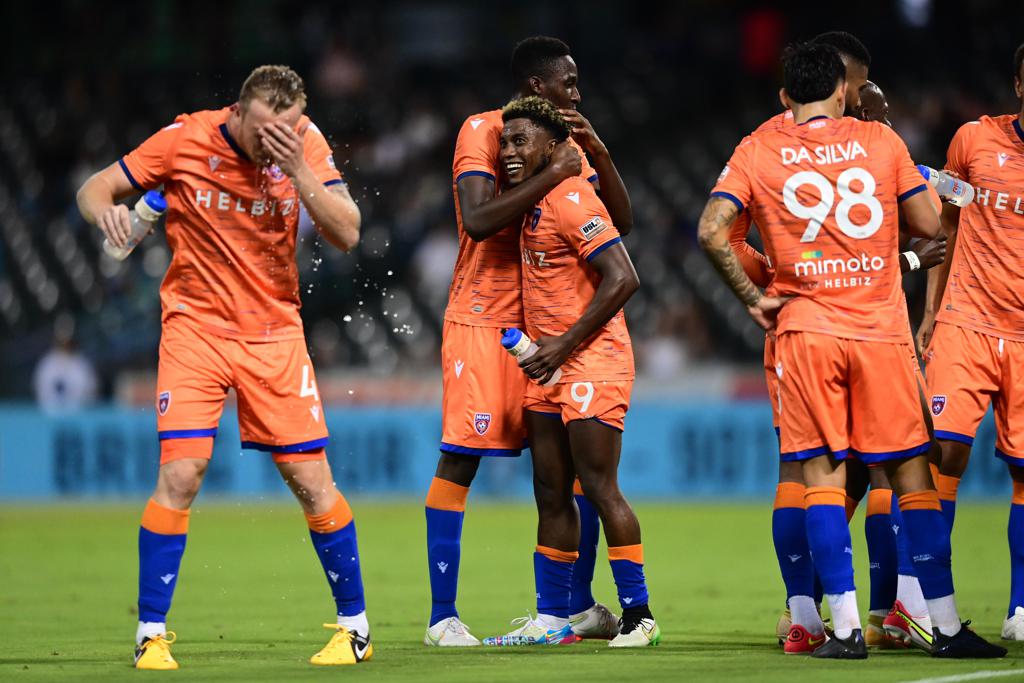 MEMPHIS, Tenn. – Haiti international Christiano Francois scored both goals as Miami FC took a 2-0 victory against Memphis 901 FC on Saturday night at AutoZone Park to extend its undefeated streak to eight games while continuing its pursuit of a top-two finish in the USL Championship’s Atlantic Division.

Looking to build on its dramatic victory last time out, Memphis almost took the lead in the eighth minute as Dre Fortune fired a shot from 25 yards to the top-right corner that was clawed wide of the post by Miami goalkeeper Connor Sparrow. The visitors also got an early look from distance as well after 901 FC gave away possession in its own half, but Billy Forbes’ low shot to the left corner was turned wide by Memphis’ Cody Cropper.

The visitors took the lead just past the half-hour mark, however, as after the ball popped loose in the penalty area off a cross from the right, a shot by Miami’s Janos Loebe was blocked but came straight to Francois, who fired home into the left corner of the net. 901 FC almost responded quickly as off a corner from the left, Fortune delivered a back-post cross that found Niall Logue for a header that Sparrow was well positioned to save. Skylar Thomas then went close as well off another good set piece delivery by Fortune from the right, but Sparrow was again equal to his header to the left corner of the net.

Miami went close to adding to its lead in first-half stoppage time as after a low cross from the left was blocked, Rahshaun Anglin cut a pass back to Pierre da Silva, who fired a shot from the left side of the box just wide of the right post. But a second goal arrived for the visitors five minutes into the second half as after a cross went behind its intended targets from the left side, Anglin chased down possession and slipped a pass into the penalty area for Francois, who controlled and the fired into the left corner of the net.

The hosts continued to be dangerous on set pieces, though, and almost pulled a goal back in the 64th minute when a deep cross from the right by Kadeem Dacres found Kyle Murphy at the back post for a volleyed finish that Sparrow got down well to save at the left post. Another corner kick presented a chance for Laurent Kissiedou as Miami didn’t clear cleanly, and Sparrow punched away the midfielder’s bouncing effort before the ball was sent out of the penalty area. Murphy then found another chance with 15 minutes to go as he cut past his defender in the right side of the penalty area, but had his shot blocked behind by Miami defender Paco Craig.

The visitors almost added a third a minute later as Lamar Walker – in his return to the lineup after international duty with Jamaica – curled a shot from 25 yards just over the top-right corner of the net, while Murphy had another chance denied for the hosts by Sparrow with bouncing shot that was parried away before Francis Atuahene’s attempt on the rebound was blocked and cleared. 901 FC wouldn’t find any late magic this time around, however, as Miami saw out the game to continue its drive toward the postseason.