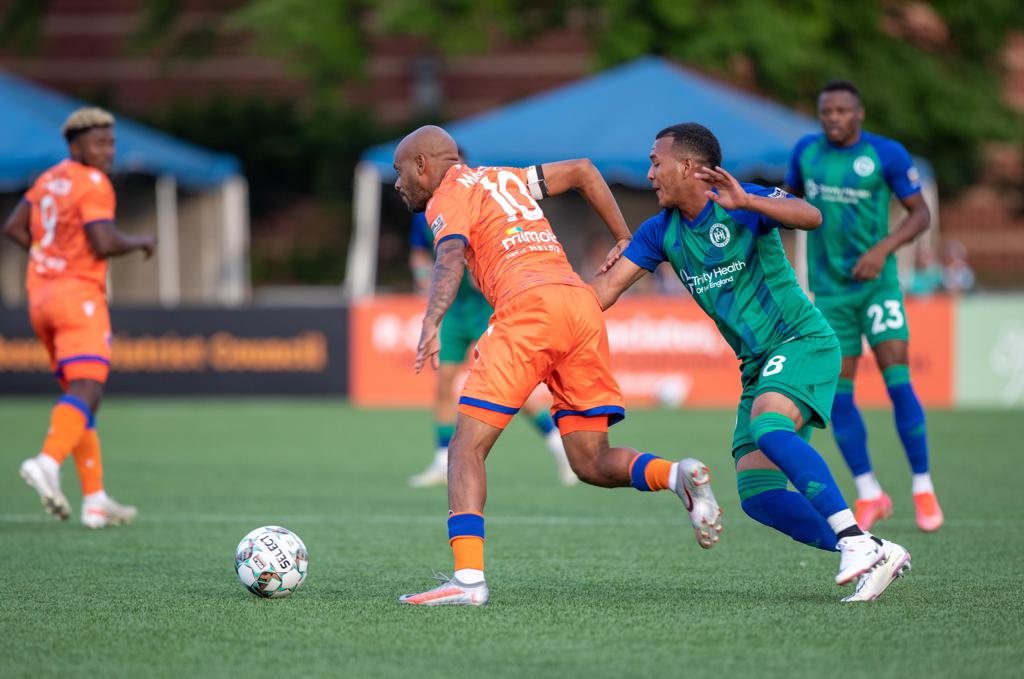 HARTFORD, Conn. (July 24, 2021) -- The Miami FC's undefeated run came to an end on Saturday evening losing 2-0 to Hartford Athletic at Dillon Stadium in Hartford, CT. Hartford jumped ahead after half an hour with a goal by defender Alex Lara, while doubling its lead in the 67th minute off a long-ranged effort by Conor McGlynn.

The home side had a chance within second of the match kicking off as midfielder Danny Barrera played a lobbed ball into forward Sebastian Elney. Hartford's forward tried playing the ball over the top of Sparrow but it went out for a goal kick.

Hartford had another chance in the 6th minute as forward Preston Tabort Etaka beat János Löbe close to the midfield circle. As Etaka seemed to have a breakaway on Connor Sparrow, forward Othello Bah sprinted back to get in front of Etaka's shot from inside the box.

The home side took the lead in the 30th minute off a tap-in by Lara. After initially clearing a dangerous free kick, Miami was unable to do anything with Barrera's cross into the heart of the box.

Despite having several chances, Miami FC went down 2-0 just after the 60th minute as Barrera backheeled a pass to McGlynn who first-timed a shot from well outside the box into the bottom corner of the net.

Miami pushed to cut the lead in half with constant crosses into the box, with the closest chance coming in the 81st minute. Midfielder Ariel Martinez smashed a free kick from the right side, forcing a diving save from Caldwell.

Up next, Miami FC will host Charleston Battery at home on Sunday, August 1. Click here to purchase tickets to Miami's next home match at FIU Stadium.