Christiano François Named to USL Championship Team of the Week 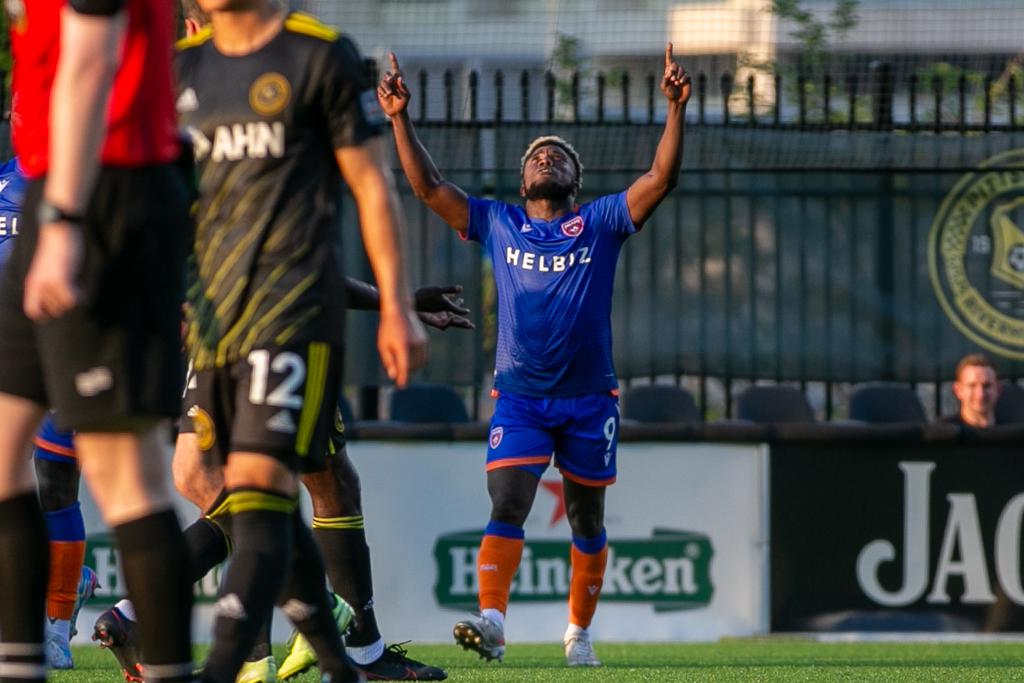 TAMPA, Fla. – The USL Championship announced the Team of the Week Presented by Cleer Audio for Week 12 of the 2021 regular season on Tuesday which included Miami FC's Christiano François. The Haitian winger played a crucial part in helping Miami earn a 4-1 win over Loudoun United FC on Sunday evening.

Francois recorded a goal and assist, had three key passes while completing 16 of 20 passes overall, and completed three dribbles and made four recoveries in Miami’s 4-1 win against Loudoun United FC on Sunday.

Miami FC also saw midfielder and Captain Ariel Martinez make the bench of the Team of the Week. The Cuban midfielder scored a goal and added in assist after coming off the bench late in the second half.

Memphis 901 FC goalkeeper Kyle Morton voted Player of the Week after recording an eight-save shutout in his side’s 1-0 victory against Birmingham Legion FC at BBVA Field on Saturday night.

D – Tony Leone, Las Vegas Lights FC: Tony Leone’s first goal for Lights FC proved the winner as the side rallied for a 2-1 win against Oakland Roots SC on Saturday night, and the center back also won 9 of 10 duels, 6 of 6 aerial duels and completed 50 of 57 passes.

M – Isidro Martinez, New Mexico United: Isidro Martinez sparked New Mexico after coming on as a second-half substitute with half-an-hour to go, recording the assist on both of United’s late goals and notching six key passes overall in a 3-1 win against Colorado Springs Switchbacks FC.

F – Luis Solignac, El Paso Locomotive FC: Luis Solignac recorded a goal and assist to lead El Paso’s attack in a 3-1 victory against Real Monarchs SLC on Friday night, had three key passes overall and also won both of his aerial duels on the night.