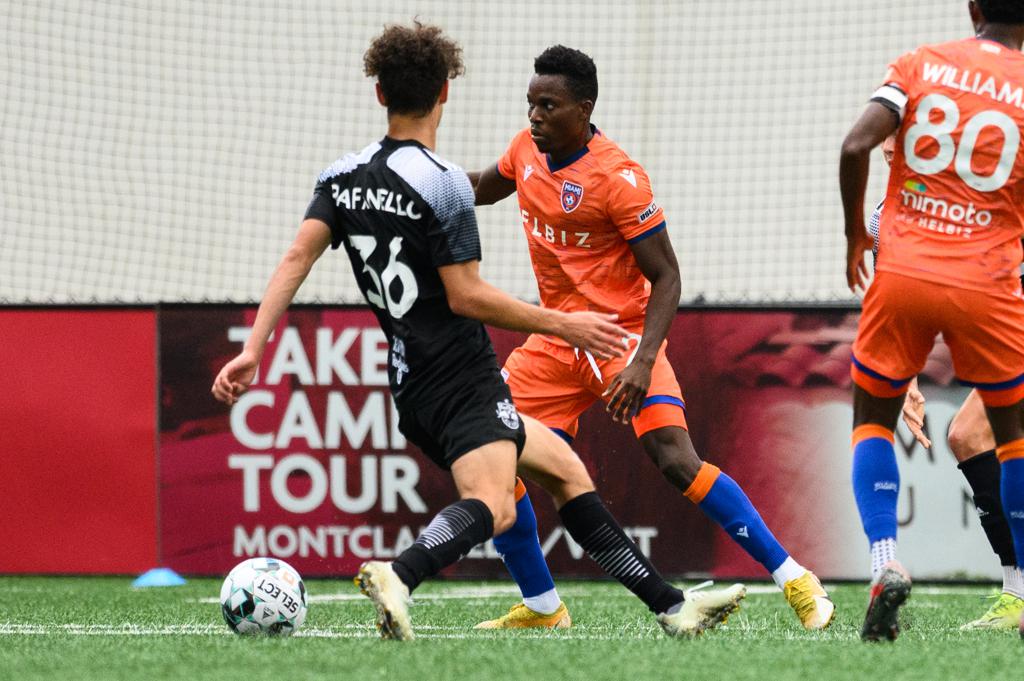 MONTCLAIR, NJ (July 2, 2021) -- The Miami FC and New York Red Bulls II are level at 1-1 after the first 45 minutes at MSU Soccer Park. Despite going down early, a goal by forward Othello Bah in the 24th minute equalized it for Miami FC.

Miami FC was moments away from a dream start in the 6th minute as forward Adonijah Reid had a clean chance on goal but defender Mandela Egbo displaced the Canadian saving the goal for the home side. On the counter attack, Red Bulls II went down the length of the field and opened up the scoring with a low driven shot by midfielder Jack Lacava.

The away side was able to react quickly and apply pressure in the Red Bulls II half which led to several dangerous  chances. The continuous effort paid dividends in the 24th minute. Bah was on the end of a great cross by forward Christiano François and put the match 1-1 with a fantastic volley.

Reid nearly added a second goal just three minutes later sending a shot on frame and forcing goalkeeper AJ Marcucci to make the save. With the moment passing the 30-minute mark, weather in the area cause the match to enter a half-hour delay.

Reid had two clear-cut chances to kick off the second half but his efforts would be once again denied by Marcucci in both occasions. With Miami controlling the flow of the match and generating chances, the game found itself in another weather delay, which luckily lasted just another 30 minutes.

Miami kept on applying the pressure with minutes falling off the clock, and the clearest chance came in the 88th minute as forward Billy Forbes fired a shot off the woodwork after receiving a through ball by Cuban Ariel Martinez.

Miami will now host the Tampa Bay Rowdies this Wednesday, July 7 at FIU Stadium. Kickoff is set for 7:30 p.m. and will be broadcast on ESPN+.