Miami draws on the road against Pittsburgh 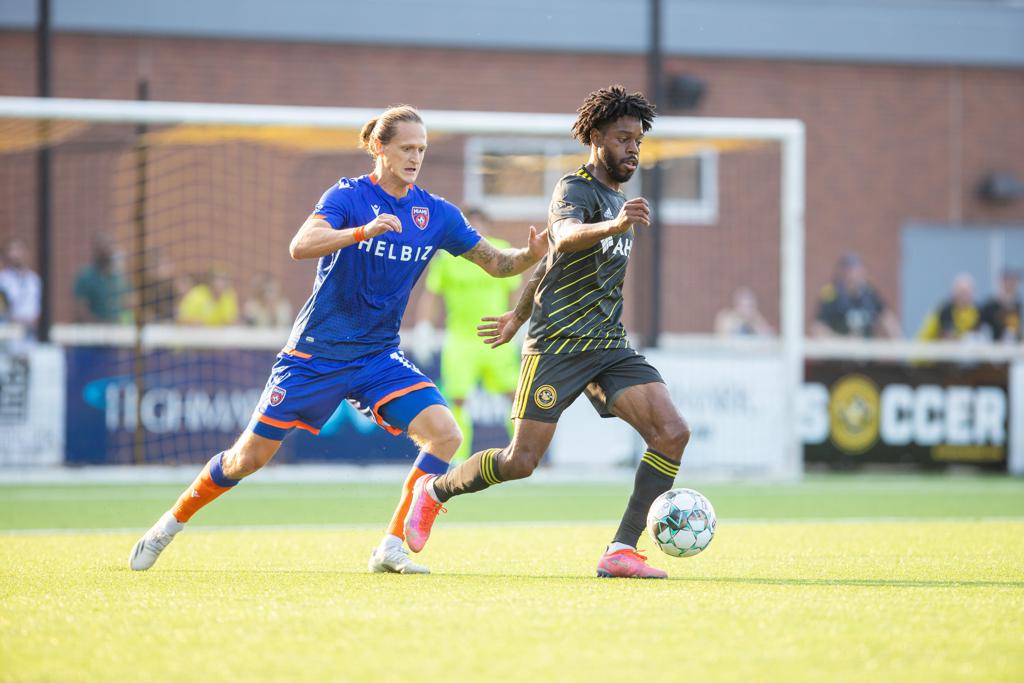 PITTSBURGH (June 12, 2021) – Christiano Francois scored an equalizer late in the first half as Miami FC earned a 1-1 draw against hosts Pittsburgh Riverhounds SC on Saturday night at Highmark Stadium after the Hounds had taken an early lead.

Head Coach Bob Lilley had asked his Hounds for a fast start, and the hosts put pressure on Miami’s goal inside two minutes as a cross by Preston Kilwien from the left was punched clear by Miami goalkeeper Connor Sparrow as Cicerone looked for a header. Pittsburgh struck in the ninth minute, however, as Alex Dixon drove into the left side of the penalty area before flicking a pass centrally that Cicerone sent home first-time into the right corner of the net.

Miami grew into the game after being put on the back foot but didn’t threaten until just before the half-hour mark as Francois gained possession from Richie Ballard in the right side of the penalty area, but his cross was plucked out of the air by Hounds goalkeeper Danny Vitiello. Making his return to face his former club, however, Francois struck in first-half stoppage time as his pace saw him beat Vitiello to a through-ball by Ariel Martinez into the top of the penalty area before the Haitian international delivered a finish into the net as the covering defender was unable to make a last-ditch clearance.

Miami threatened to grab the lead nine minutes into the second half as Martinez first delivered a pass to Pierre Da Silva in the penalty area and then followed his pass to receive a return that he lashed just over the crossbar. The Hounds then went close on the hour-mark as Kenado Forbes delivered a fine ball over the top for Dixon into the left side of the penalty area that the forward fired on frame only to be denied by Sparrow before his defense crowded out any second chance.

The Hounds went close again with 20 minutes to go as Dixon got into space on the left and cut back a cross to the near post where Cicerone was crashing the net, but this time his finish went wide under pressure from a defender. Then it was the turn of the visitors as Jahshaun Anglin got to a corner kick from the left by Da Silva but directed his header wide of the right post, while Pittsburgh threatened again with five minutes to go as Albert Dikwa’s effort was saved by Sparrow. There would be no late winner for either side, however, as the game ended all square.