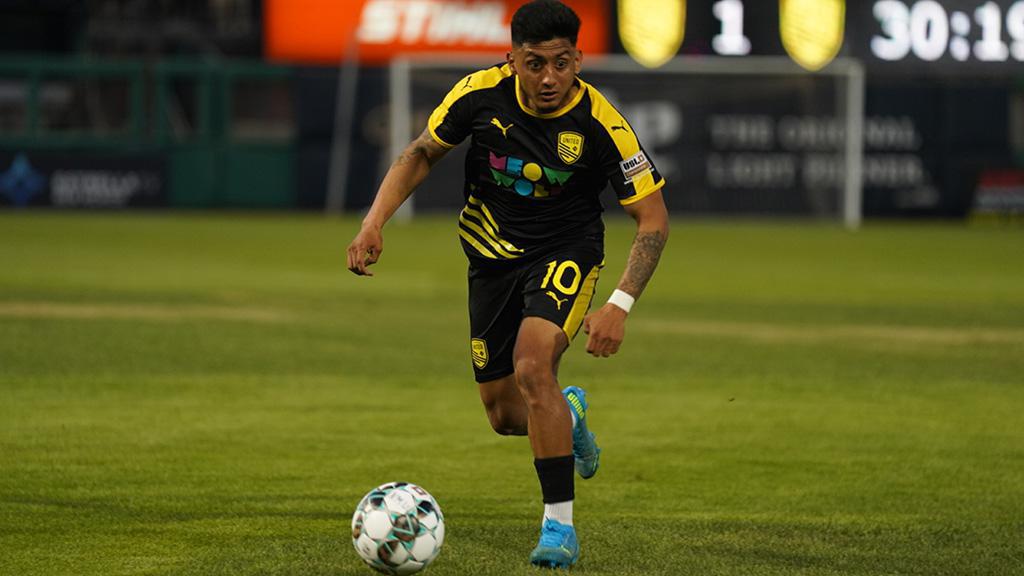 ALBUQUERQUE, N.M. – New Mexico United announced on Thursday it had signed forward Amando Moreno to a new contract extension that will keep the club’s 2020 Offensive Player of the Year with the club through the 2023 season. Moreno’s re-signing comes the day after the club struck a new deal with defender Kalen Ryden, setting up the club with two of its cornerstones for the next two-and-a-half seasons.

Moreno joined United prior to the 2020 USL Championship season after previously competing for Major League Soccer’s Chicago Fire FC. The 25-year-old has led United in goals (8), shots (38), and shots on target (24) since his arrival.

“I feel honored and thankful to be given the opportunity to stay with United for a couple of more years,” said Moreno. “Being here has helped me grow so much more as a player and as a human being. I couldn't see myself playing for any other team in this league since this organization has made me feel like a family member. I want to win the championship and staying with New Mexico gives me the best chance of achieving that goal. I love this team! Somos Unidos!”

Since his arrival before the 2020 season, Moreno has played in every match but one, and started all but three. Just one of Moreno’s goals scored for United has been scored at home – earlier this season against Austin Bold FC – as the club played all of 2020 on the road.

Moreno has made 47 appearances in the USL Championship for his career and has recorded 18 goals and seven assists in just over 3,000 minutes of action in the league. He previously competed for the New York Red Bulls II, whom he helped reach the Eastern Conference Final of the 2018 USL Championship Playoffs prior to being acquired by the Fire.