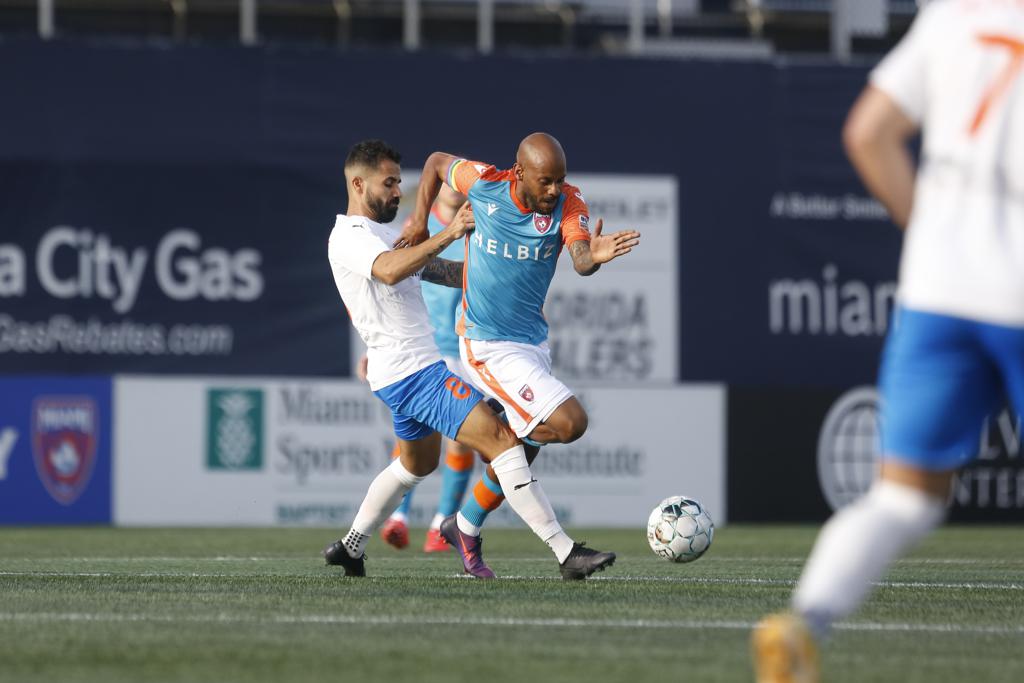 MIAMI (June 6, 2021) -- The Miami FC suffered a tough loss on Sunday evening against RGV FC Toros in Miami, FL. Despite getting off to a picture-perfect start, going up 2-0 after just 19 minutes, Miami FC would suffer four unanswered goals by RGV in the second half.

Miami FC's amazing start kicked off in the 15th minute when forward Pierre Da Silva stepped up to take a corner kick and curled his cross into the far post of goalkeeper Tyler Deric.

The home side continued to pile on the pressure, finding their second goal of the night in the 19th minute courtesy of an own goal by Carter Manley. The defender was forced to take an uncomfortable touch due to a fantastic run by forward Adonijah Reid.

Forward Cristiano François had an amazing opportunity to put Miami up 3-0, but Deric made a fantastic diving save to his right to deny the Haitian his goal.

The second half did not start any where similar to how the first forty five developed. A 51st minute header by forward Elvis Amoh cut Miami's lead to one. To make matters worse, Miami midfielder Bolu Akinyode was sent off after an off-the-ball incident with Amoh.

Amoh continued to be a spine in Miami's back, equalizing the match in the 66th minute. The forward received a through ball as he entered the box, curling his shot past a diving Connor Sparrow.

The second-half nightmare continued for Miami FC in the 68th minute. A cross from the left flank by RGV Toros seemed to be easy to deal with, but after two deflections by defenders Callum Chapman-Page and Paco Craig, the ball ended up in the back of the net to give the visiting team the lead.

Despite being a man down, Miami FC continued to fight in search of a heroic equalizer, but that would be put to bed in the 96 minute after Amoh scored his third goal of the match to put Toros up 4-2.