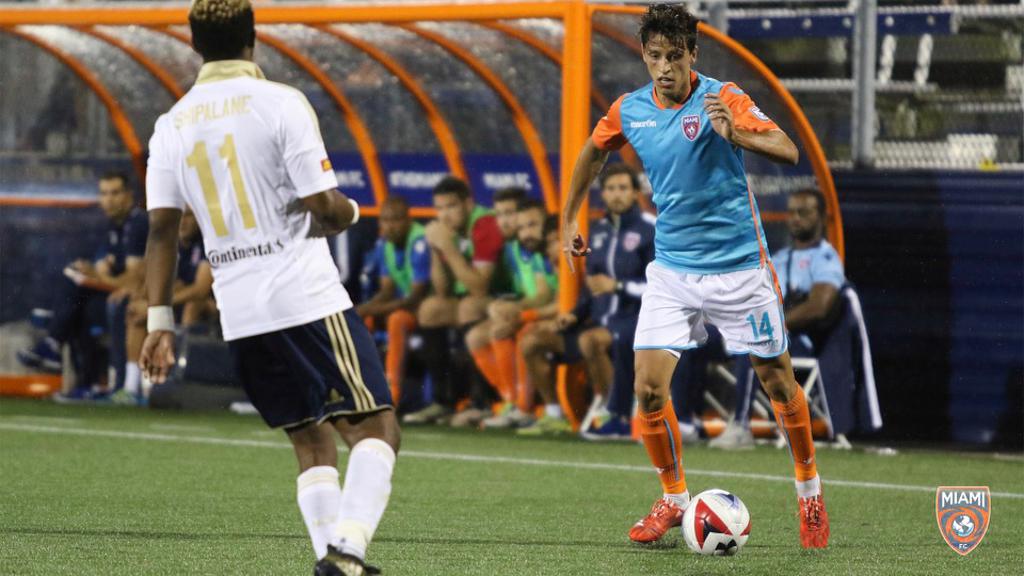 MIAMI (June 6, 2021) – The Miami FC announced on Sunday the signing of midfielder Robert Baggio Kcira, who returns to Miami for his third stint with the club. Kcira will be eligible to play in Sunday’s home match against Western Conference rival RGV FC Toros.

“Robert is someone who has been training with us the past several weeks and you can see that he still has that Miami FC DNA instilled in his style of play,” said Technical Director and Head Coach Paul Dalglish. “He’s a hard-working midfielder, who gives us some versatility as he can be deployed in several different positions on the pitch. His addition will help us be a stronger team, while adding depth to an already very talented roster.”

Baggio Kcira is no stranger to Miami FC, having been one of the original members of the club’s inaugural 2016 side who competed in the North American Soccer League. The midfielder spent the 2016 and 2017 seasons with Miami’s only professional fútbol club, playing in 14 matches, while scoring two goals. After departing in 2017, he would later return to Miami FC in 2019 when the club enjoyed success in the National Premier Soccer League (NPSL) and the National Independent Soccer Association (NISA).

Originally born in New York City, New York, Baggio Kcira made the jump into the New York Red Bulls Academy after several successful years in the NY State Olympic Development Program as well as Clarkstown FC’s youth academy. After high school, Baggio Kcira elected to sign with SC Wiener Neustadt of the Austrian Football Bundesliga, the top tier in Austria. The midfielder of Albanian descent saw success in the club’s reserve side, where he led the club in goals and assists in the 2014-15 season. Overall Baggio Kcira spent three seasons in Austria before returning to the US.

Baggio Kcira and Miami FC return to action this Sunday night when they host RGV FC Toros in Miami, FL. The club is looking to earn three points which will help them leapfrog several teams in the Eastern Conference Atlantic standings.