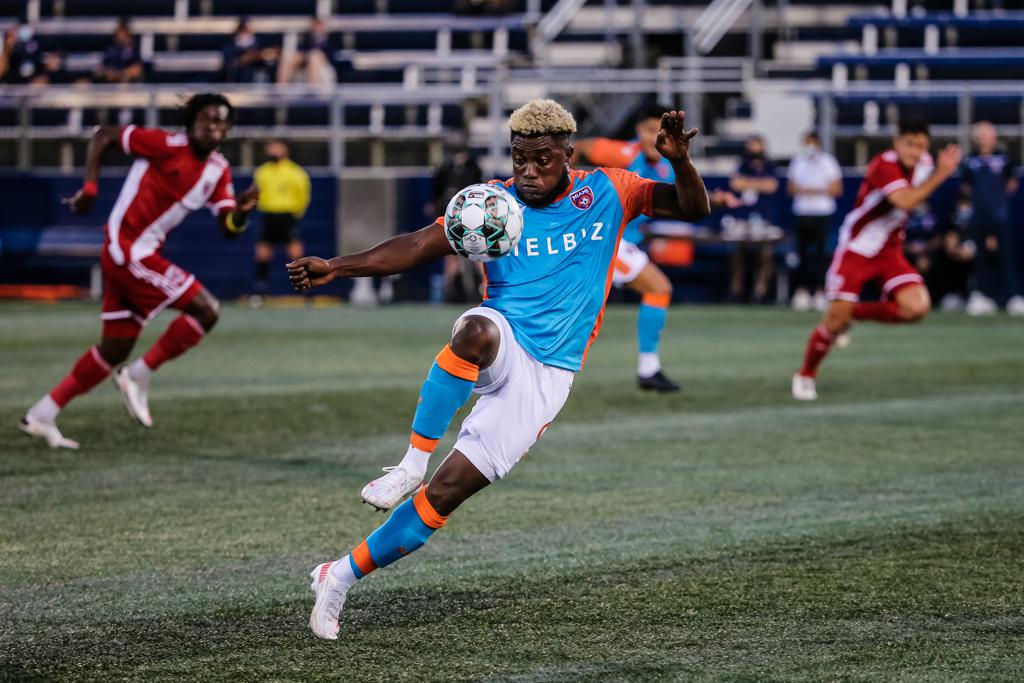 MIAMI (May 2, 2021) -- The Miami FC defeated Loudoun United 2-1 on Sunday evening at FIU Stadium in Miami, FL. Defender Paco Craig put the home side up in the 6th minute, while an own goal a minute later doubled the lead. A late goal by Loudoun's Kairou Amoustapha put the three points in jeopardy, but Miami was able to withstand the pressure and earn the three points.

Miami FC got off to a flying start with Craig getting the home side on the scoresheet early on. A perfect cross by forward Ariel Martinez met the defender in the heart of the box. The Englishman connected the cross perfectly and scored his first goal since joining Miami FC earlier this year.

As if that wasn't a good start, less than a minute later Miami FC would benefit from an own goal by Loudoun defender Wahab Ackwei. The goal was set up by a great long ball by defender Sean McFarlane which found an oncoming Pierre Da Silva. After entering the box, a great touch by Da Silva forced Ackwei to make a play on the ball, which ultimately ended in the back of the net.

The home side would see the tables turn in the 14th minute after it was forced to play a man down when defender János Löbe was sent off. The German native took down a Loudoun's striker as he was entering the box, leading to his ejection.

For the remainder of the first half, Miami was forced to focus on their defensive shape, especially with being forced to take Martinez off the pitch in order to reshape the defensive unit.

After the Cuban striker came off, former Italian international Luca Antonelli took his place and slotted in as left back. Antonelli nearly scored his first goal with his new club as the first half was coming to a close, but Jermaine Fordah was well positioned to make a save.

The final 45 minutes saw Miami FC pinned into their own half for most of the half, except for several counter attacks led by second-half substitute Lamar Walker. Loudoun was continuously shut down by Miami FC goalkeeper Connor Sparrow time and time again.

After Sparrow making his first of many second-half saves, Walker had his first chance of the night. the Jamaican, who came on during halftime, found himself with space inside the box after shaking off a pair of defender and took a strike on frame. His shot however was parried away by Loudoun's goalkeeper, leaving Walker wanting more.

With Sparrow continuing his Man of the Match performance, it was midfielder Lance Rozeboom who had the clearest chance of the second half to put the match away. A great solo run by Walker down the left flank culminated in a pass which trickled to Rozeboom in the heart of the box. The Midfielder tried to place his shot by the left post but it went just wide keeping the match 2-0.

Midfielder Kairou Amoustapha would finally be able to get past Sparrow in the 84th minute but a pair of great saves by the St. Louis Native after Loudoun had cut the deficit in half kept Miami ahead. In total, Loudoun finished with 34 shots, which is 5th most in USL Championship history, but they found themselves with Sparrow defending Miami's goal.

Up next, Miami FC will host Hartford Athletic this coming Saturday, may 8 at FIU Stadium.