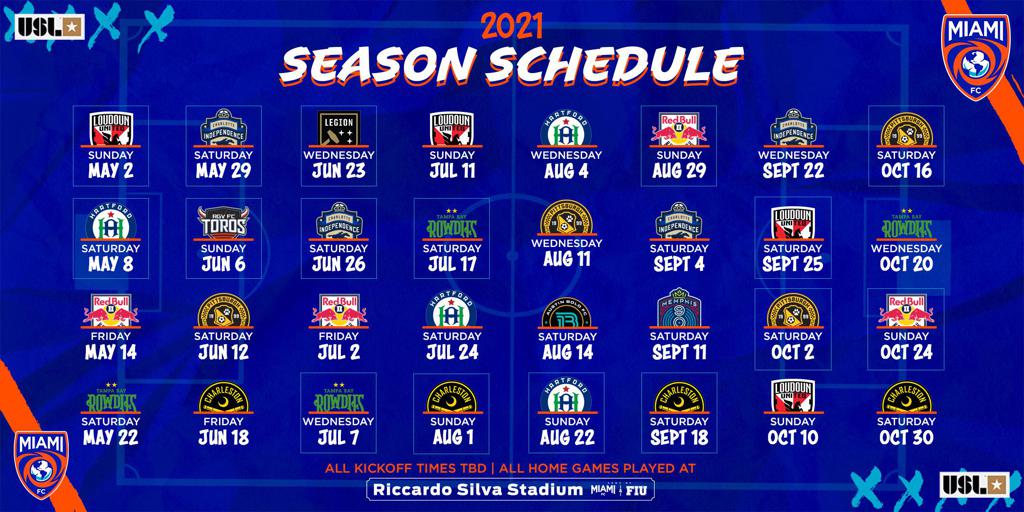 MIAMI (March 30, 2021) -- The USL Championship released the entire 2021 regular season schedule on Tuesday, with Miami FC slated to play 32 matches. Miami FC will kick off the season with back-to-back home games on May 2 and May 9, before going on the road for two straight matches directly after that.

The 2021 schedule features four matches against in-state rivals Tampa Bay Rowdies, with Miami FC hosting them on Wednesday, July 7 and Saturday, July 17. Miami will visit Al Lang Stadium initially on Saturday, May 22 and then toward the last portion of the regular season on Wednesday, October 20.

Miami FC is slated to play against all Atlantic Division opponents four times (two at home and two away), with four matches against teams not in their division. Miami FC will host RGV Toros (June 6) and Birmingham Legion (June 23), and then travel to face Austin Bold (August 14) and Memphis 901 FC (September 11).