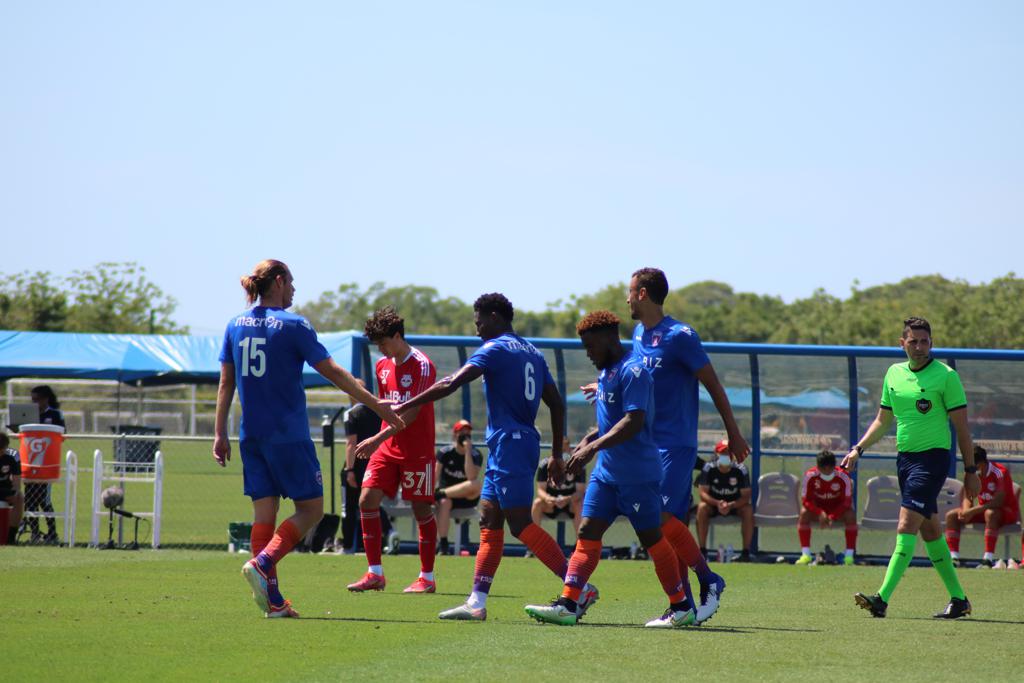 Despite not holding much of the possession during the first half, Miami FC was very composed in the back holding Red Bulls to just one big chance. Goalkeeper Connor Sparrow was able to come off his line to avoid Red Bulls opening goal.

Right before the end of the first 30 minutes, Williams would put Miami up 1-0 after a well placed shot from outside the box. The shot looked to be going wide but it sneaked into the bottom left corner of the net.

Miami's intensity continued to rise in the second half, with Red Bulls looking the for the equalizer. Their push for the game-tying goal caused gaps in their defensive third, which Reid capitalized in the 32nd minute.

The Canadian forward received a through ball from forward Pierre Da Silva and did not waste his chance in front of goal. Reid slipped it past a diving Red Bulls keeper to put the away side up 2-0.

Da Silva would have his chance just under 10 minutes later, but his rifling shot would hit the right post and crawl across the entire goal line before being cleared by a New York defender.

Red Bulls were able to get one late chance to cut the lead in half, but goalkeeper Brian Sylvestre was able to position himself correctly in front of a powerful shot from inside the box.

Saturday's win keeps Miami FC going in the right direction, with the start of their USL Championship just over a month away.

We could get used to this.