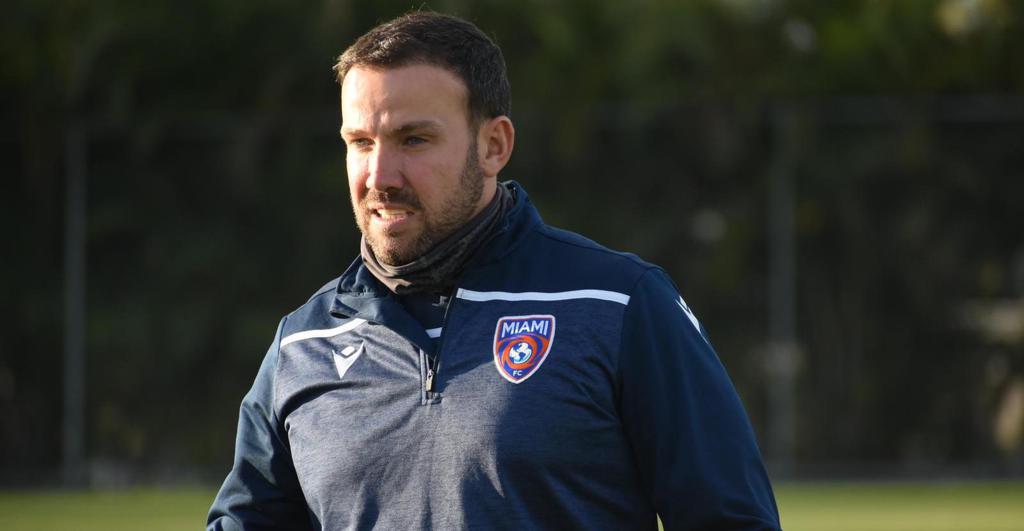 MIAMI (March 25, 2021) – The Miami FC announced on Thursday that Andy Thomson has joined the club’s technical staff as Assistant Coach ahead of the 2021 USL Championship season. Most recently he was Technical Director at IMG Academy where he produced the methodology, technical content and periodization model.

“The opportunity to work at this club, alongside Paul Dalglish and the rest of the coaching staff, is fantastic,” commented Thomson. “My job is to do everything I can do to help this team win, which is something the club is used to doing. Miami is a beautiful city, rich in culture and diversity. It will be a privilege to contribute to the Miami community, both inside and outside of fútbol.”

Thomson is an experienced professional coach with a robust and strategic methodology in regard to coaching, team tactics, periodization and scouting. He has coached in three different continents, including here in the USA with USL Championship’s San Antonio FC.

Recognized as a world expert in periodization, during Thomson’s tenure at SAFC, the club was recognized as consistently able to play with its strongest XI during the course of the season and postseason. This was mostly in part due to his work in periodization with the players. During his time in the US, he also gained international experience at national team level with the US Soccer Federation’s Paralympic National Team.

After departing San Antonio, Thomson continued to gain experience heading to the Australian A League, where he worked with the Central Coast Mariners as Head of Football Performance. Born in Glasgow, Scotland, Thomson’s experience in his home country included time in athletic development with the Scottish Institute of Sport and also with St. Mirren FC, where he coached current Premier League star John McGinn for 4 years.