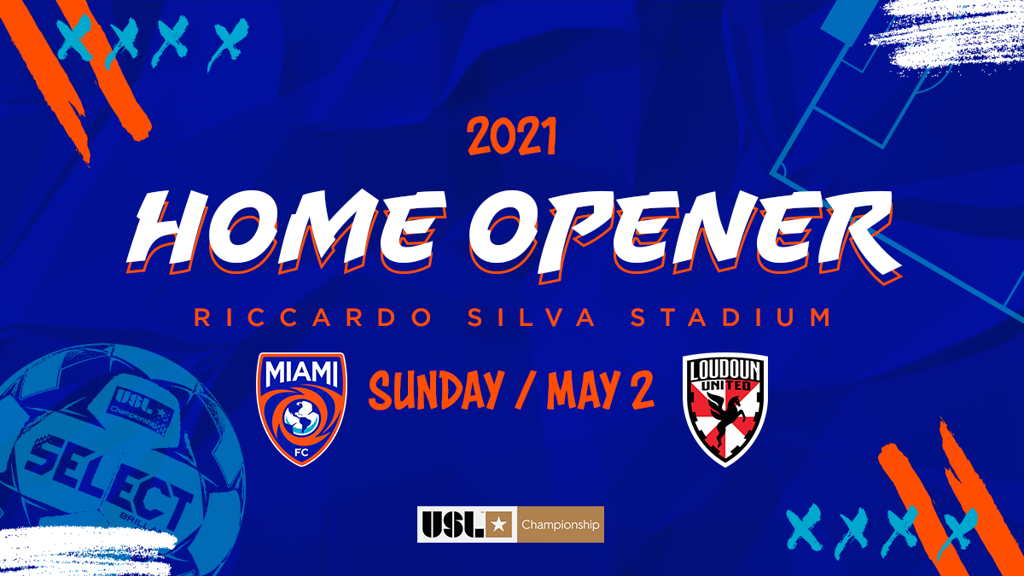 MIAMI (March 23, 2021) -- The USL Championship released the Home Opener lineup for the upcoming 2021 season this Tuesday, with The Miami FC set to host Loudoun United FC on Sunday, May 2 at Riccardo Silva Stadium.

The Miami FC has decided that the first slate of home matches, including the home opener on May 2, will be played without fans due to the COVID-19 pandemic. The club is looking forward to allowing fans to return to the stands at a later date this season.

Kickoff time and broadcast options will be made available at a later date.

The league will feature 31 teams across four divisions and two conferences in the upcoming season, with the clubs set to embark on a 32-game regular-season schedule that will be conducted over 27 weeks.