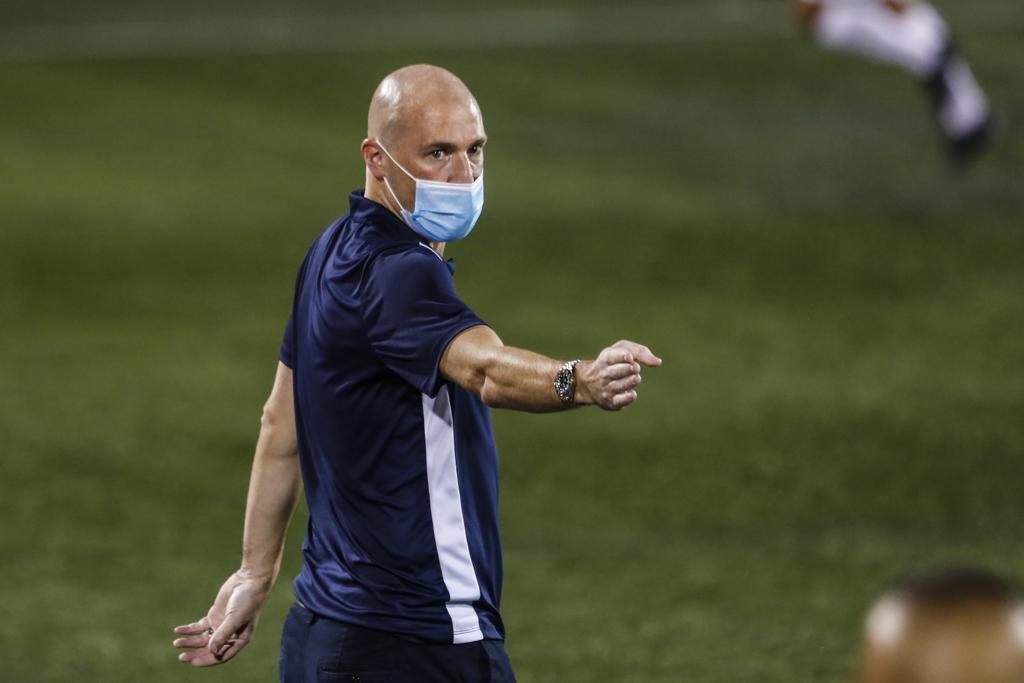 MIAMI (February 16, 2021) – As The Miami FC prepares to hit the training field on Thursday for their first session, we caught up with Head Coach Paul Dalglish to chat about what goes through a head coach’s mind in planning preseason.

“To be honest, right now I am just excited to get back on the training field and start coaching,” said Dalglish. “2020 was a year with so many emotions on and off the field, which included being in quarantine for most of it and then the abnormal short USL Championship season. We have a brand-new team and I know everyone in the club can’t wait to get to know each other and start taking the steps towards building a successful team.”

Miami FC, like most teams in the world, has faced several challenges in preparation for this 2021 preseason, which has included immigration hurdles as shown by defender Paco Craig and his journey to Poland to secure a U.S. Visa. This last example has been the tip of the iceberg, but both the coaching and operations staffs have worked diligently to try to get ahead of all protocols and make sure preseason can start as soon as possible with as many signed players in-market.

“Everyone in the staff has done an excellent job to go above and beyond to get preseason rolling so I think the players and myself know we need to put in the hard work to recognize their efforts,” mentioned Dalglish. “Planning preseason has been a real challenge as we are having several players and staff members arrive a week or two later than those already in the country. With that being said, we’ve adapted and prepared a preseason that we feel will get our players ready for the start of the season. We will start slow in order to make sure all players, both those in-market and those who haven’t been able to arrive, will be on the same page. We don’t want to create a big gap between those two group, so we’ve taken it upon ourselves to really create a plan that takes that into consideration.”

With only four returning players from the 2020 squad, Miami FC will look quite different on the pitch this season. Putting together the roster has been a welcomed challenge for Paul Dalglish and his staff, as they have worked extremely hard to find the right players for the style of play established at the club.

“Prior to signing players, we had to decide what our game model and our club DNA were going to be for the 2021 campaign,” explained Dalglish. “We came up with the style of play we wanted to achieve and later wrote player profiles for each position. After that, it became about pinpointing those players that we believed fit the system, and then seeing if they could make an impact on and off the field. The most important thing was our first conversation with a player, because if we got the feeling they didn’t have the right mentality we were looking for, we walked away from deals to ensure we brought in the right guys. Everyone we signed not only has shown us that they are the ideal players for the style we want to play, but they also fit the culture we want to build here at Miami FC.”