The Cuban attacker rejoins Miami FC, where he spent four successful seasons from 2016-2019 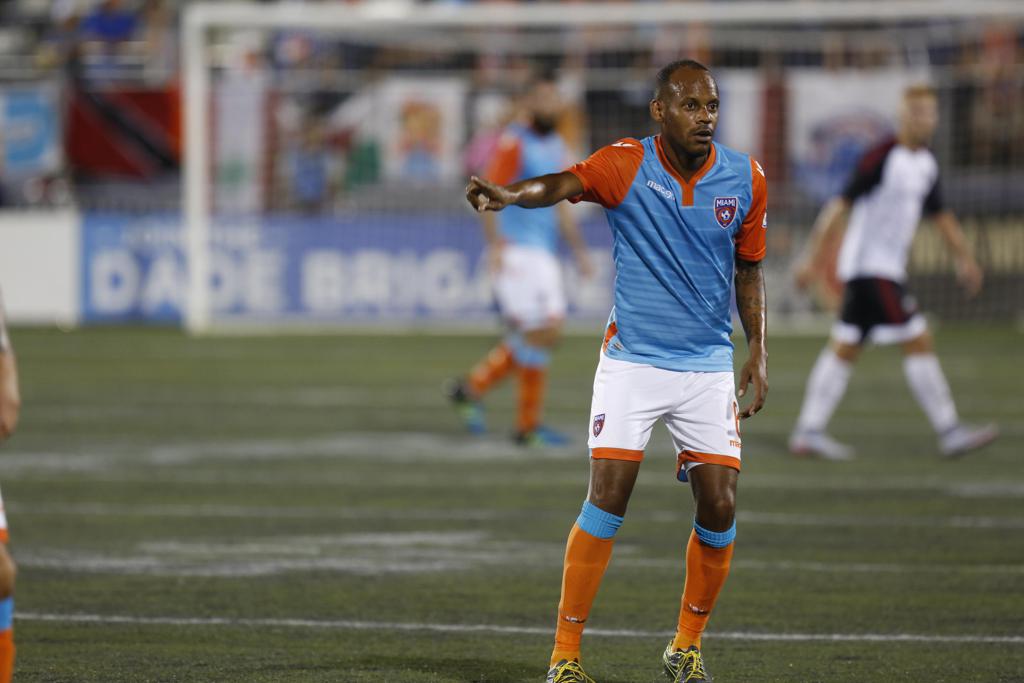 MIAMI (February 10, 2021) – When Ariel Martinez received a phone call with an offer to come back to play for The Miami FC, the former Cuban National Team star knew it was time to come back to South Florida. Martinez played four seasons for the club, from the inaugural 2016 season to the end of a very successful 2019 season.

“Miami FC is my home,” explained Martinez. “It’s the club that saw me grow as a player and person, but also gave me the opportunity to become a professional. I have so many stories at the club, both good and bad, which have helped shape me as a player and as a person.”

Miami is a place where Martinez built many friendships during his time here, and it was something that helped make his decision easier. At every Miami FC home game, he felt the love and support from his family and friends, which is something he dearly missed during his 2020 season at USL Championship’s FC Tulsa.

“I have so many friendships here in Miami, which made it coming back even easier,” he mentioned. “Obviously I have my kids with me, who enjoy Miami as much as I do. I am looking forward to playing in front of my friends and family once again at Riccardo Silva Stadium, a place which gave me so many fond memories.”

During the 2020 season, the attacker joined FC Tulsa where he appeared in all 15 regular season matches, while scoring two goals and recording three assists. Martinez captained the club from early on and led them to earn a spot in the playoffs.

“I had a great season in Tulsa, where my goal was to help the team make the playoffs and I was able to help make that happen,” said Martinez. “The club treated my kids and I so well and I am very appreciative of all the love and respect that they gave me.”

In his first season in the USL Championship, Martinez noted the quality of players in the league.

“USL Championship has grown so much and the level is great. I see it increase year-after-year and that is because the level of the players who sign in the league gets better and better.”

Martinez originally joined The Miami FC before the start of the 2016 North American Soccer League season after spending the 2015 season with USL Championship’s Charleston Battery. He has been a member of the club during all nine championship runs and knows what it takes to bring success to South Florida.

“Miami is a team that has had a winning mentality since the start,” said Martinez. “This will be the club’s second USL Championship season, and my main goal is to do everything in my power to help the team qualify for the playoffs and then go from there. Everyone from the players, the coaches, to the front office has always had the drive to achieve big things and this year won’t be any different. Every player that signs with Miami FC is welcomed, but the only thing I ask is that from day one they show their love and commitment for the crest.”

At 34, Martinez has been through plenty of ups and downs in his playing career and he is eager to always share his knowledge of the game to his teammates.

“I always tell all my teammates that a footballer’s career is a short one and everything that you do today will only be remembered in the future if you make history, and we have to start writing that story on Monday at our first training session. We all have to push and try our hardest to represent the values of this club and the best way to do that is for all players and staff to work hard towards achieving the same goals. I am very excited to be here in Miami and give this community a club they can be proud of both on and off the field.”

Martinez and the rest of Miami FC start their 2021 USL Championship journey on Monday with the start of preseason. The USL Championship season is slated to kick off anywhere between April 24th and May 15th, which gives the players ample time to familiarize themselves with their new teammates and the culture which Head Coach Paul Dalglish is looking to establish.