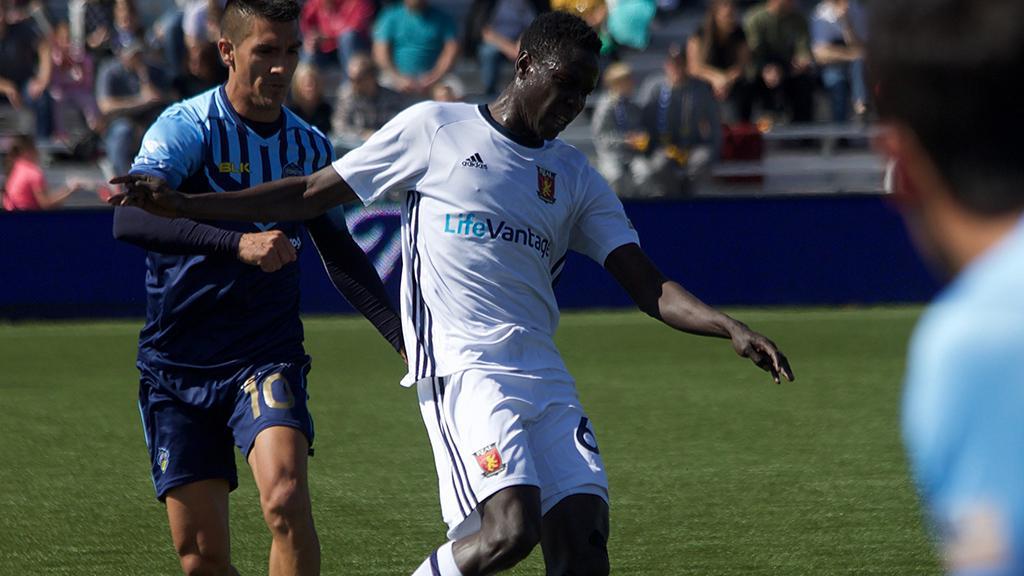 Former Real Monarchs SLC defender Stanley Okumu moved to IF Elfsborg in 2019, culminating a four-month process for the club as it looked to move the Kenyan international to Europe. | Photo courtesy Real Monarchs SLC

During preseason in 2019, the Real Salt Lake staff came to a realization.

While they valued what young defender Stanley Okumu brought to the field, there likely wouldn’t be a place for him with the club’s Major League Soccer squad moving forward. At the same time, while he’d made three appearances for Real Monarchs SLC the prior season and competed for Kenya internationally, if there wasn’t going to be an avenue for him to progress within the club, a different route would be needed.

It meant that for Dan Egner, then the Monarchs General Manager, it was time to make a deal.

“Once we wrapped our heads around that it became clear we needed to move Stanley,” Egner said at the recent USL Winter Summit during a forum focused on transfer strategies that can be employed by clubs in the USL Championship and League One. “So, right after preseason the wheels set in motion and we looked to identify markets that would be realistic. We went through the transfer history of the USL, six years back, to find out what was realistic.”

Player movement has begun to evolve domestically in North America, with transfer fees being exchanged between clubs in Major League Soccer for top players in the Championship or League One starting to arrive alongside free agent signings. This offseason has seen the sales by Indy Eleven of standout forward Tyler Pasher to Houston Dynamo FC and goalkeeper Evan Newton to Vancouver Whitecaps FC, and free agent moves such as former San Diego Loyal SC forward Rubio Rubin’s move to RSL, and former Saint Louis FC goalkeeper Kyle Morton also landing at the Dynamo.

The previous market dynamic that saw most moves from USL to MLS as free agents, however, presented a challenge for Egner as he looked to secure a fee that matched RSL’s evaluation of Okumu’s talents in the European marketplace.

“At the end of the day it didn’t really matter what we thought his value should be, we knew clubs were going to look at transfers up to MLS from the USL, so we really did our homework on that, and attempted to identify markets where he fits in from a playing style, and markets that are selling leagues that like to give young players a chance, especially young internationals.

“The hardest part was educating the club about the level of the USL Championship and the value of the player, and multiple times they would say, ‘well, he’s a USL player, it’s very rare for a player from your second division to go up to the first division for a fee, so why should we pay this much of a fee?’ So, it was just breaking through those hurdles. It was definitely a rewarding process, but a challenging one nonetheless.” 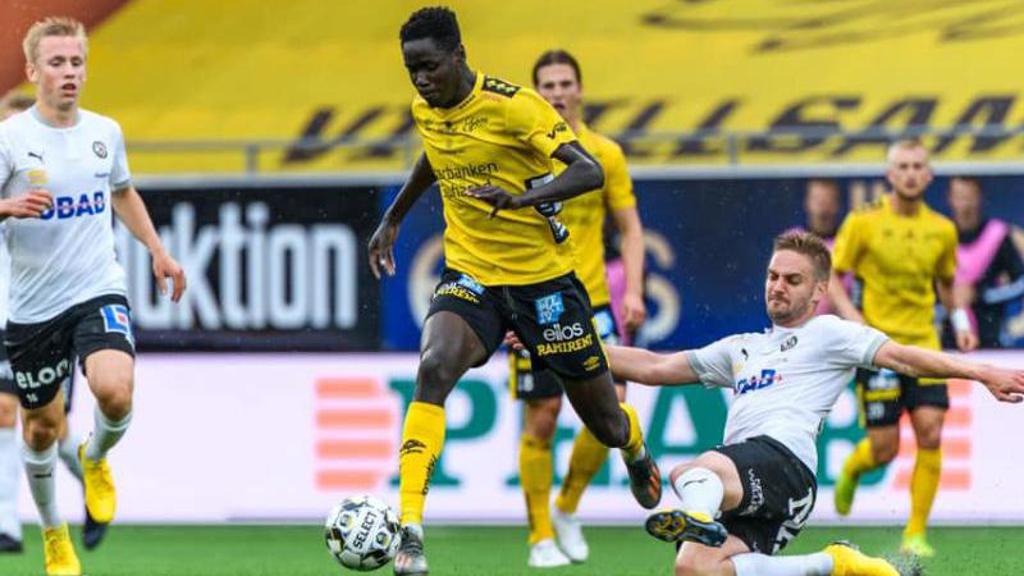 Since arriving at Swedish club IF Elfsborg midway through the 2019 season, Stanley Okumu has made 27 appearances and established himself as a starter during the 2020 campaign.

Egner’s work over a four-month span paid off, and Okumu was sold for a reported $200,000, with further performance-based escalations and a sell-percentage included in the deal, to Swedish top-flight club IF Elfsborg. He’s now made 27 appearances in the Allsvenskan, appearing in 17 of the club’s final 19 games in the 2020 season while going the full 90 minutes in 14 of those outings, a positive return for Elfsborg for what in European terms is a moderate outlay.

The deal’s success, though, lays out a blueprint for other Championship and League One clubs as they look for opportunities to move talented young players. The underlying lessons of the necessity in building relationships, knowing the market, and being brave enough to hold out for the deal that makes sense certainly apply broadly.

For Keith Wyness, currently CEO at Individual Strategies Limited, smart selling clubs not only know the landscape, but what potential positions other teams could be in the market for as transfer windows arrive.

“If you’re really doing the hard work behind the scenes, the star player that you’ve got that you’re trying to potentially sell, you will know which are the real clubs in the market for that particular area. That’s all about doing the hard work and putting the hours in, in terms of research, and then creating the contact and then working that way. I’ve seen it happen, and it does work, and you get one good deal. Then you go back to the people you trust, and it works.”

One factor that could work in Championship and League One clubs’ favor is the market boom for American players in Europe, which has escalated rapidly in the past 18 months. The success of top U.S. Men’s National Team players such as Christian Pulisic, Weston McKennie, Tyler Adams and Giovanni Reyna has brought more attention to the U.S. landscape as a whole, with clubs now hoping they can find the next young star to cross the Atlantic Ocean.

The Championship saw its first real move in this area late last year with the sale of Orange County SC goalkeeper Aaron Cervantes to legendary Scottish club Rangers FC, the first permanent player move since the partnership between the clubs was established late in 2019. Still only 18 years old, Cervantes made 17 appearances for Orange County in addition to competing for the U.S. U-17 National Team, an opportunity Egner believes is important when it comes to selling other teams on buying young talent.

“One thing USL clubs shouldn’t underestimate is the value of giving young players professional, Division Two minutes,” said Egner. “It’s such a good asset to have and a major selling point not only to players but to other clubs who are looking at them. This kid is 17, he has 40 Second Division American games under his belt, that’s really significant.

“That’s one of the biggest tools and resources that USL clubs have. Those games and those minutes at this high of a level are just massive and I think that’s important with your young guys to get them in the mix, put them in a position to succeed and showcase them.”

For Championship and League One clubs, a potential sale of the type that recently took Bryan Reynolds – a USL League One title-winner with North Texas SC in 2019 – from FC Dallas to Serie A’s AS Roma for a reported $8.5 million this past Monday might not be on the cards immediately. As of now, the move from a USL club to a European one would be the move before the big-money move, which means finding the right deal – with incentives and sell-on percentages included – would provide an immediate financial reward and the potential for more down the line.

But for longtime agency executive Gary Mellor, who in addition to serving as Beswicks Sports Managing Director also held a stake in Orlando City SC when it was part of the Championship, the market is turning its eyes toward America and clubs at all levels have a chance to reap the reward.

“It can be all about timing, and there’s a bit of luck involved as well. Sometimes, the art of negotiation is knowing when to stick and when to twist” said Mellor. “I’ve seen some fantastic young players in USL teams, and I don’t think we’re that far away from some substantial transfer fees coming into USL.”