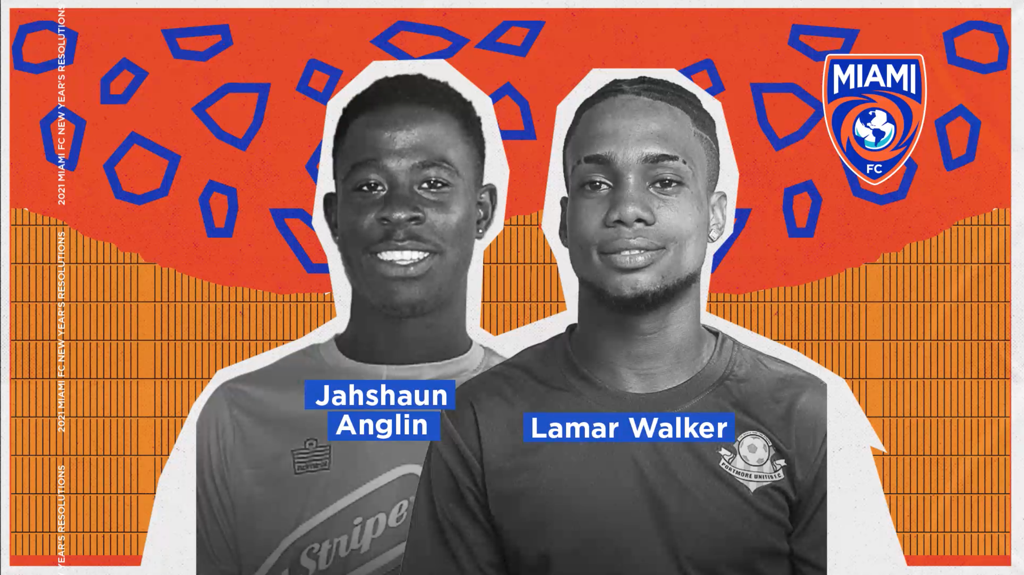 MIAMI (January 29, 2021) – The Miami FC announced on Friday that the club has acquired forward Lamar Walker and midfielder Jahshaun Anglin, pending league and federation approval. Both players have recently featured for the Jamaican Senior National Team, while playing domestically in the Red Stripe Premier League.

“Jahshaun and Lamar are two outstanding young players that we believe can flourish in our environment,” said Technical Director and Head Coach Paul Dalglish. “Both are already full Jamaican internationals who have ambition to play at the highest level. Lamar is a really creative player, fantastic 1v1 and has a really good eye for a final pass, while Jahshaun is a defensive midfielder with good athleticism and a really good range of passing.”

Born in Spanish Town, Jamaica, Walker played professionally for Portmore United from 2017 to 2020, making 28 league appearances and scoring five goals. The winger has also featured in three CONCACAF CFU Club Championship matches in their 2019 participation. Walker has won the Red Stripe Premier League with Portmore United in back-to-back seasons (2017/18 & 2018/19). At 21, he has also made ten appearances for the Jamaican National team, including six of those with the senior team. His most recent appearances with Jamaica came in their two November friendlies, where they visited Saudi Arabia.

Anglin, 19, will be joining Miami FC after spending last year with Jamaica’s Harbour View FC. Originally from Kingston, Jamaica, Anglin made 21 appearances for Harbour View, recording two goals. His performances earned him a call up to the Jamaican Senior National Team, making his debut with the Reggae Boyz in March 2020 at the age of 18. Anglin was also a part of Jamaica’s most recent friendlies against Saudi Arabia in November of last year.

“We believe with the staff and environment we have in place we can fulfill their potential,” said Dalglish. “We want to be pioneers at Miami FC and create an extra revenue stream through player sales. The USL Championship has made giant strides in recent years and we believe this is the next step for teams in the league.”