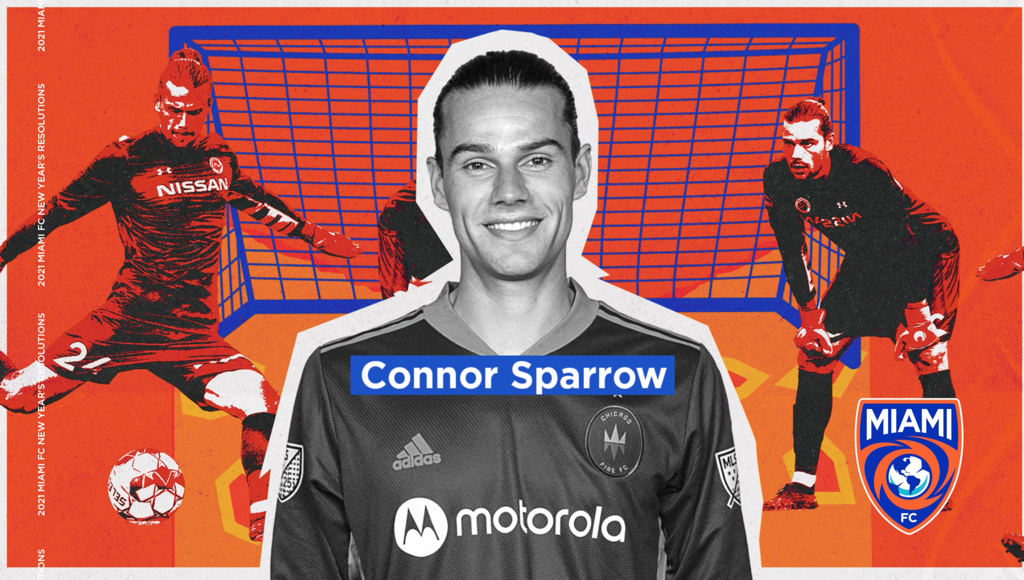 “We believe the Goalkeeper position is one of the most vital positions on the pitch,” commented Technical Director and Head Coach Paul Dalglish. “It can have a huge impact on the style of football you are able to play. Connor is a top level USL GK but more importantly he is the ideal player profile for us to play the Miami FC way. He is a very good shot stopper, comfortable playing behind a high defensive line and excellent with his feet which allows us to have an extra man in the build up. Finally, when we spoke to Connor he expressed a real desire to be a part of what we are building in Miami and showed the mentality we are looking for.”

Prior to joining Chicago Fire, where he made one appearance in 2020, Sparrow was a member of Nashville SC in their final USL Championship season. At Nashville, the 26 year-old made nine league appearances and added two more starts in the U.S. Open Cup. Nashville finished second in the Eastern Conference, while reaching the Eastern Conference Semifinal for their first time in their short club history.

Originally selected by MLS’ Real Salt Lake in the 2016 MLS SuperDraft, the St. Louis, Missouri native, spent three year in Utah between RSL and their USL Championship affiliate Real Monarchs. Sparrow went on to make 31 USL Championship appearances in three seasons, while making one U.S. Open Cup start for RSL in 2018. His standout season came in 2017, when he made a career high 20 starts, leading Real Monarchs to a USL Regular Season title.

Prior to going pro in 2016, Sparrow’s collegiate career was composed of one season (2012) and University of Missouri-Kansas City and three at Creighton University. During his time at the Creighton Bluejays, Sparrow also played two seasons with USL League Two’s IMG Academy Bradenton.

As Miami FC inches closer to finalize its roster, fans can expect several several more player announcements in the next days. The roster as of 1/21/2021 is composed of: