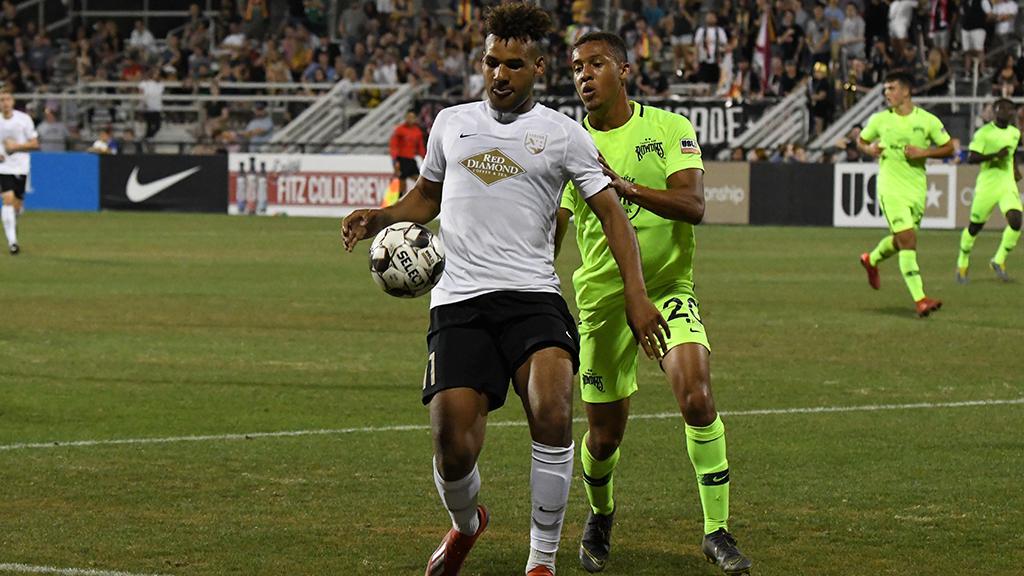 “After two successful loan spells with the club, we are excited to add JJ on a more permanent basis ahead of the 2021 season,” said Jay Heaps, Legion FC President and General Manager. “He will help strengthen our attacking core, and his fierce competitiveness is a great addition to our locker room.”

In 2019, on loan from Columbus Crew SC, Williams made 23 appearances for BHM and was first in goals scored (eight), third in shots (41), and eighth in chances created (15). Additionally, he scored the winning goal in Legion FC’s 3-2 win over North Carolina FC in the play-in round of the 2019 USL Championship Playoffs. After being signed by Atlanta United FC in early 2020, he rejoined Legion FC on loan late last season and racked up two assists, six chances created, 10 shots, 12 clearances, five interceptions, and seven tackles in five appearances.

“I’m blessed to be back in Birmingham this year and to give my full focus to one team,” said Williams. “I’m looking forward to playing with this talented group of guys. This is our year. Hammer Down!”

Williams was selected by Columbus in the first round of the 2019 MLS SuperDraft and went on to make nine appearances (three starts) for the club. Before being drafted, Williams played three seasons (2016-2018) at the University of Kentucky and made 57 appearances (30 starts), scored 24 goals and provided 15 assists. He was a MAC Hermann Trophy Semifinalist, a First-Team All-American, and the Conference USA Player of the Year in 2018.

While he grew up in Montgomery, Alabama, Williams spent his club career playing in Birmingham for Vestavia FC and was the 2016 Alabama High School Player of the Year playing at Alabama Christian Academy. He played in USL League Two for the local Birmingham Hammers, as well as Reading United and the Dayton Dutch Lions.