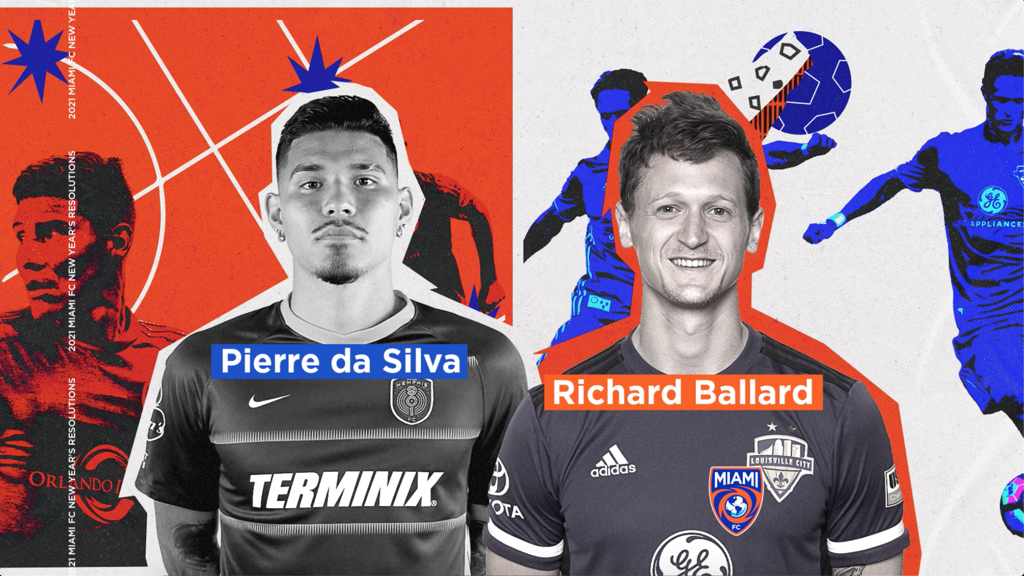 “With the addition of Pierre and Richard, we gain players who are excited and hungry to succeed,” said Technical Director and Head Coach Paul Dalglish. “Pierre is a young player with lots of potential, whom we believe in our environment he can start fulfilling that potential. We are really excited to see him grow as a player in Miami. Richard had a really good start in the USL Championship being nominated for Rookie of the Year but unfortunately suffered an injury that set him back. We are excited that he is fully recovered and motivated to start showcasing his pace and 1v1 abilities in the attack.”

Born in Port Chester, NY, da Silva brings plenty of playing experience at the young age of 22. Da Silva joined Orlando City’s Pro Academy in 2016 after his impressive performances in the U.S. Soccer U-17 Residency Program at IMG Academy in Bradenton, FL. During his time in the residency program, the winger played in 32 matches for both the U-17 and U-19 United States youth national teams. One of those appearances came for the U.S. in the 2015 U-17 World Cup, where he came off the bench against Nigeria.

Da Silva quickly established himself in the Orlando City B squad, playing in 49 USL Championship matches in the 2016 and 2017 seasons. During his two seasons with OCB, da Silva scored five goals and recorded seven assists. His 2016 performances earned da Silva a Major League Soccer contract with Orlando City ahead of the 2017 season. In 2018, da Silva was loaned out to USL Championship’s Saint Louis FC, where he scored one goal in four appearances. That same season he featured in two MLS matches for Orlando City.

Ballard, 26, joins Miami FC with two USL Cups (2017 and 2018) under his belt. The winger spent three seasons with Louisville City, playing in 35 USL Championship matches from 2017-2019, scoring four goals and adding five assists to his name. The Kentucky native enjoyed a successful rookie season in 2017, where he played in 29 matches and scored three goals, earning him a nomination for 2017 USL Championship Rookie of the Year. During his time in Louisville, Ballard also featured in four U.S. Open Cup matches scoring one goal and recording one assist.

Prior to turning pro, Ballard played collegiately at Indiana University from 2012 to 2016. In his first season with the Hoosiers, they would go on to win the 2012 NCAA Division I Men’s Championship. In four seasons at Indiana, Ballard played in 64 matches. In his first two college seasons, he also featured for USL League Two’s River City Rovers.

The Miami FC’s roster is now at 13, with the club slated to continue making several player announcements in the coming days.