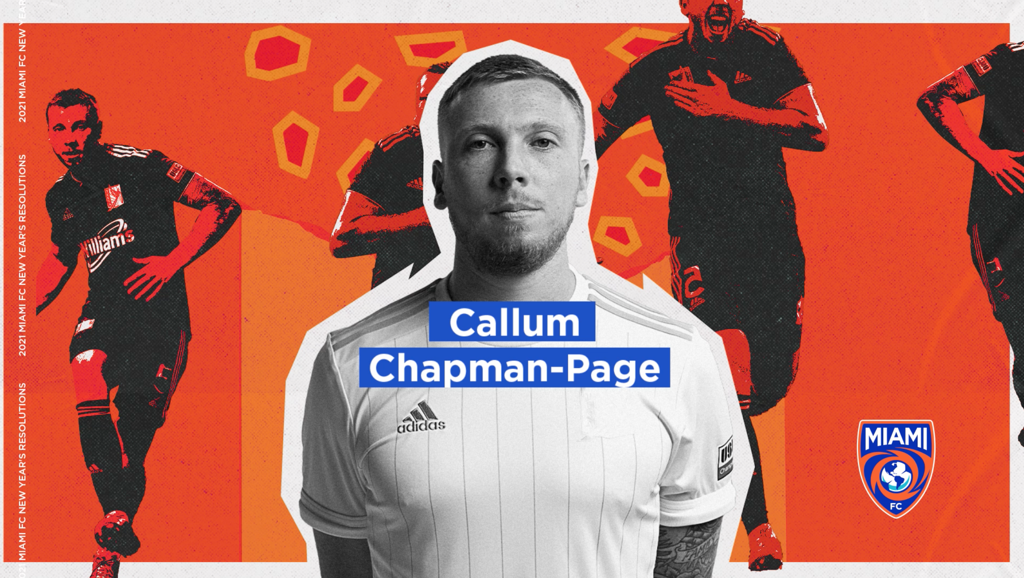 MIAMI (January 12, 2021) – A familiar face will be returning to South Florida, as The Miami FC announced on Tuesday, the signing of defender Callum Chapman-Page, pending league and federation approval. The center back rejoins the club after spending 2020 with USL Championship’s FC Tulsa.

"We are delighted to welcome Callum back to the club," said Technical Director and Head Coach Paul Dalglish. "Having shared success at Miami FC with Callum previously, we know he has the winning mentality we demand. A true defender that puts his body on the line and also a real threat at the other end of the pitch on set plays which is important in our game model."

Originally from Nottingham, England, Chapman-Page came to the United States in 2014 to play collegiately at Lubbock Christian University before transferring to Palm Beach Atlantic University two years later. While at PBA, the defender played a crucial role in the team that won the Sunshine State Conference Championship in 2018.

After his collegiate career, Chapman-Page signed with Miami FC in 2019, appearing in 13 matches, while recording two goals and an assist that season.

Prior to the 2020 USL Championship season, the defender signed with FC Tulsa of the Western Conference. During his time there, he appeared in Tulsa’s backline in nine regular season matches. His regular season performance earned him a start in the USL Championship Playoffs, as Tulsa faced EL Paso Locomotive in the Western Conference Quarterfinals. Despite losing in penalty kicks, Chapman-Page played 101 minutes and scored his lone goal of the season in that match.

Stay tuned in the upcoming days as the club continues to announce new members of the upcoming 2021 squad. With the addition of Chapman-Page, below are all current members of The Miami FC: