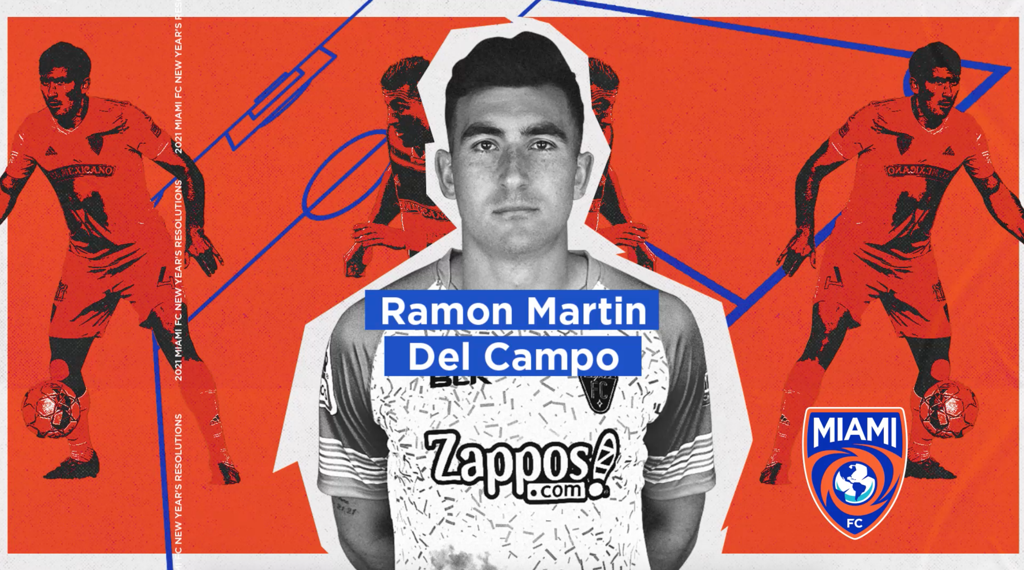 “We need to get our winning culture back at Miami FC and to do that we need to bring in winners,” said Technical Director and Head Coach Paul Dalglish. “Ramon has the mentality to put his body on the line and do whatever it takes to win a game of football. He’s a true warrior. Statistically he is one of the best true defenders in the USL Championship and is the ideal player profile at the heart of our defense.”

Del Campo began the 2020 USL Championship season with Las Vegas Lights, where he started seven matches, scoring two goals. The 27 year-old would  move to OKC Energy in September, featuring in four league matches to close out the year.

Prior to the 2020 season, Del Campo had two very successful seasons at Fresno FC, playing a total of 63 league matches, while scoring three goals. His strength and leadership in the defense helped Fresno reach the 2019 USL Championship Playoffs after finishing third in the Western Conference.

The 6’3” center back is a familiar face to Paul Dalglish, as The Miami FC’s head coach enjoyed watching Del Campo on the pitch while being at the helm of Ottawa Fury in 2017. Del Campo played in 24 league matches that year, being a staple in Dalglish’s back line. Prior to joining the Canadian side, the Mexican defender was signed by Costa Rican giant Deportivo Saprissa, which included a loan spell with Puerto Rico FC from the North American Soccer League.

Although born in Hermosillo, Mexico, Del Campo grew up in Southern California after moving there at a young age. His performances at Bonita Vista High School in Chula Vista caught the eyes of nearby University of California, Davis in 2011, where he received a full scholarship to join their program. During his time at UC Davis, Del Campo not only played for San Jose Earthquakes U23 PDL’s side (now USL League Two), but he also received a call up to the U23’s  U.S. national team in 2014.

Ramon Martin Del Campo is the club’s seventh member of the 2021 squad, with Miami FC set to continue announcing new players in the coming days.