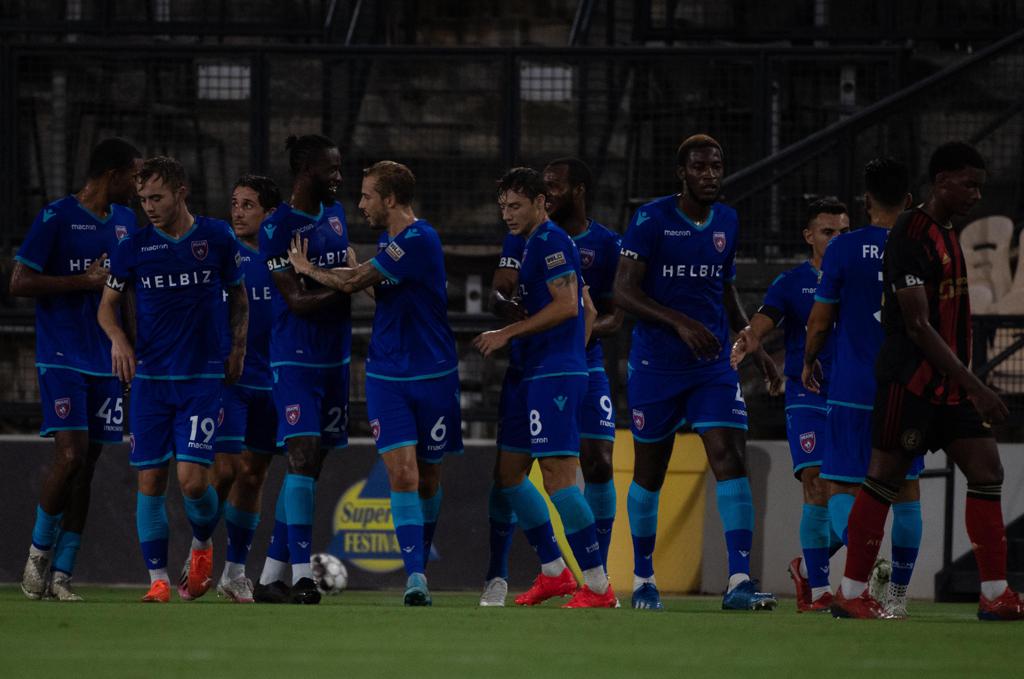 "That was not a pretty performance but today was about winning," said Head Coach Paul Dalglish. "It was important for us to earn our first win on the road. We needed the points and before the game we said we didn't care how we got the win, but the important thing was to get the three points."

Jamaican forward Romario Williams had the first chance of the night, five minutes into the match, but his show would be punched out for a corner kick by ATL UTD 2 goalkeeper Ben Lungaard.

The match wouldn't see much action until Williams struck first in the 20th minute. After Lungaard failed to secure midfielder Tomas Granitto's free kick, the Jamaican was there to slot the ball into the back of the net. This was Williams sixth goal of the season.

The lead would not last as the home side would make it 1-1 off of midfielder AJ Fortune's laser into the top corner of the net. A failed clearance by the Miami back line left a bouncing ball just outside the 18, which Fortune took advantage of to score his first career professional goal.

Both sides shared possession of the ball for the remainder of the first half, but neither would be able to get the goal which would put them in the lead.

Just minutes into the second half, Miami FC would jump into the lead after Gonzalez picked up a rebound off a corner kick and slotted his shot in the bottom left corner of the goal. This was his third goal in four matches.

After the goal, Miami FC dug deep with the intentions of coming back to South Florida with the three points. ATL UTD 2 created several chances in the final thirty minutes but Miami was able to fight off the home side's attackers and deny them any clear chances on goal.

"We fought for the win and I am pleased about that," said Dalglish. "We always talk about how we created so many chances, but at the end of the day come away without the victory, but tonight I am delighted that we got the win, although we might have not created as many chances. Now it is about combining today's mentality, with our performance this past weekend against Charleston."