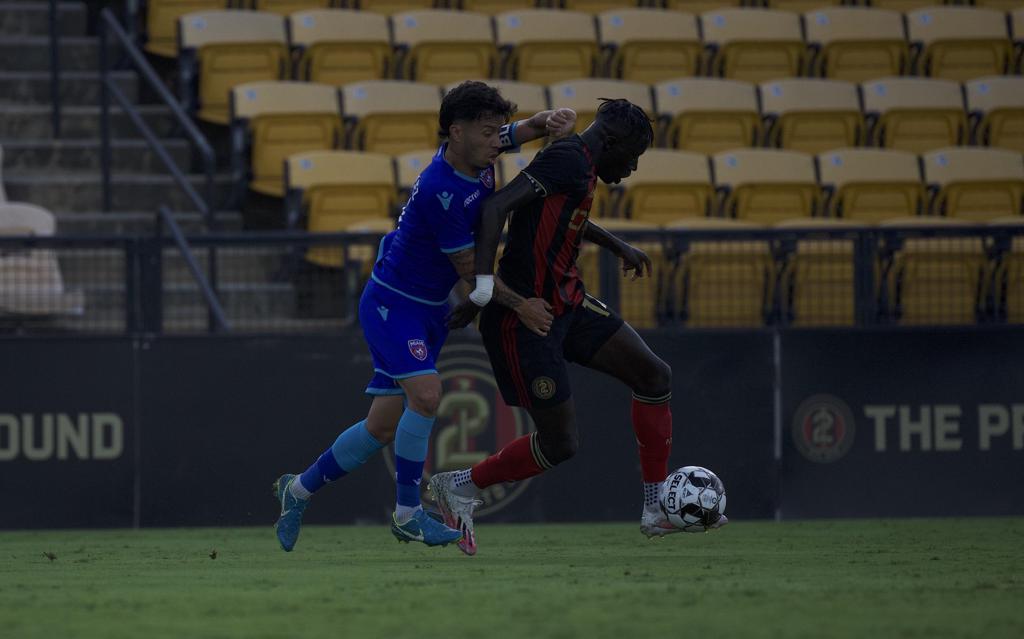 KENNESAW, Ga. (July 29, 2020) -- The Miami FC played to a 4-3 loss on Wednesday night, as they visited Atlanta United 2 at Fifth Third Bank Stadium in Kennesaw, GA. Despite a strong start to both the first and second half, Miami was unable to come away with three vital points.

Miami started the match with the intensity it needed to defeat a young Atlanta team, scoring a 13th-minute goal by forward Mohamed Thiaw. His first goal of the USL Championship season came from almost inside the six-yard box after shot-turned-assist by fellow forward Miguel Gonzalez.

Atlanta reacted after giving up the early goal and by pressuring Miami’s backline was able to create several chances to equalize the match. They were able to break through just minutes before the end of the first half, when forward Mackie Diop fired home a cross from midfielder Jack Gurr.

Just like the first half, the second 45 minutes looked promising for Miami FC. Just over 100 seconds after the start of the second half, forward Sebastian Velasquez scored his first goal of the season to put the visitors up 2-1. Although Velasquez scored the goal, midfielder Harrison Heath was the main reason the Colombian was able to put Miami up front. Heath forced a turnover deep in Atlanta’s own half, and after recovering the ball found his way into the box. Velasquez was left with a sitter just outside the six-yard box.

While Miami was still celebrating their go-ahead goal, Atlanta found yet another equalizer. Diop took advantage of a failed clearance and blasted his shot past Miami goalkeeper Brian Sylvestre. It was yet another blow to a team which seemed to had found it’s place in the match.

Despite nearly securing the go-ahead goal in the 65th minute through a shot by midfielder Tomas Granitto, Miami found themselves trailing 3-2 minutes later. A perfectly executed free kick by Jack Gurr led to Jackson Conway finding himself open around the penalty spot. The forward didn’t hesitate, smashing his shot past Sylvestre. Conway would be sent off seconds later, picking up his second yellow for taking off his shirt during the celebration.

With Miami being up a man, the visiting team pushed for an equalizer, with the hopes to secure at least a point on the road.

They would see their hopes come crashing down in the 87th minute. Desperately looking for the late equalizer, Miami found themselves outnumbered in their own defensive third second half substitute David Mejia took advantage of that. A header at the far post by Mejia put Atlanta up 4-2 with just minutes left.

Miami was able to cut the lead in half in the 97th minute off a goal by forward Romario Williams, but it wouldn’t be enough to come away with the draw.

Up Next
The Miami FC will now travel back to Miami, where they will face the Tampa Bay Rowdies on Friday, August 7 at 7:30 p.m. The match will be placed at Riccardo Silva Stadium on the campus of FIU, but will be played behind closed doors. You can catch all the action live on ESPN+, with all Miami FC matches broadcasted on that network.