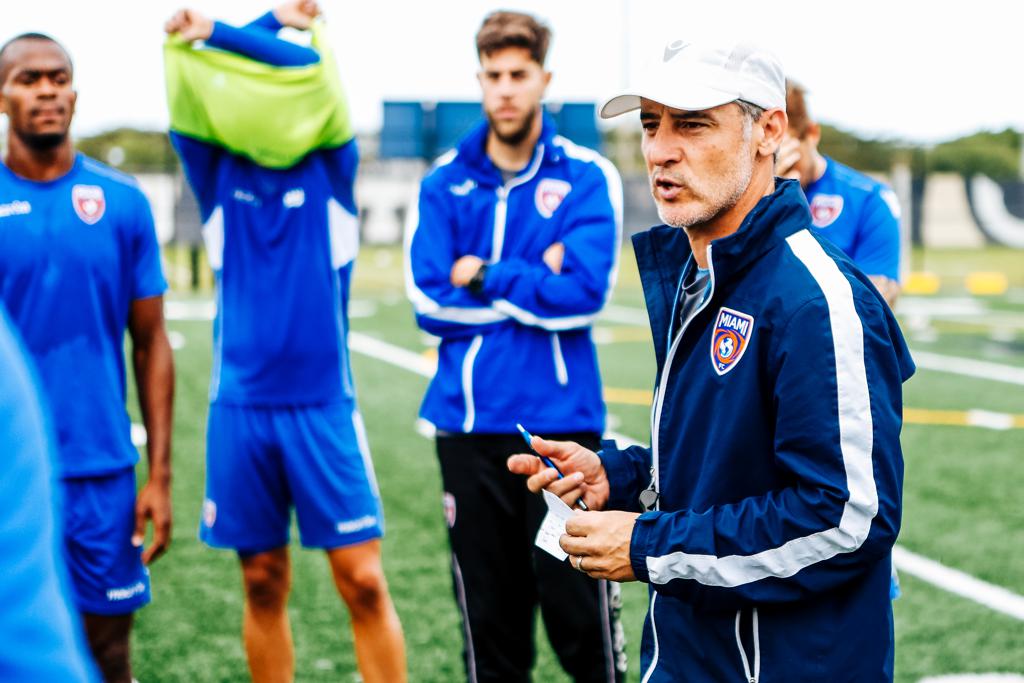 MIAMI (July 22, 2020) – The Miami FC announced on Wednesday that Head Coach Nelson Vargas has assumed the role of Executive Director for the club’s Youth Academy. Along with his first team duties, Vargas will also focus on assisting the growth of the Miami FC Youth Academy.

The appointment of Vargas as Academy Executive Director will see him join his First Team assistant coaches Paul Crichton, Chris Spendlove and Anthony Hazelwood, who were all named Academy Technical Directors back in June of this year. With all four coach holding USSF A-Licenses, the Miami FC Youth Academy will take a vast leap in professionalism, aligning its curriculum with that of the First Team.

“Miami is a city that means a lot to me and growing the game right here in the heart of this community is my top priority,” said Vargas. “It’s extremely important our Youth Academy is aligned with our First Team, which is why all our Assistant Coaches and myself have decided to take a prominent role with both. I couldn’t be more excited for this amazing opportunity and my goal is to provide continued success both at the professional and Academy level.”

Vargas has been with the club since before the 2018 NPSL season, where he has helped the team capture multiple trophies. He was appointed head coach of Miami FC in November 2019 after Paul Dalglish moved to the General Manager and President role.

“There is no better fit to help guide and grow our Academy than Nelson,” said Dalglish. “Nelson is an important figure in the Miami soccer landscape, having played professionally in the area and also more recently having been involved with several important local youth clubs. This announcement is yet another important step in growing our Youth Academy and aligning its vision with that of the First Team.”

An accomplished soccer player, Vargas began his career by rising through the youth ranks of Standard Liège in Belgium. He was drafted by the MLS' Tampa Bay Mutiny in 1996, and played there for two seasons, before joining Miami Fusion in 1998. He played three seasons with the Fusion and made 54 appearances for the side. During his career, Vargas also made four international appearances for the U.S. men's senior national team, including being a member of the 1996 Olympic Squad.

After retiring, Vargas’ career focused on youth soccer and growing the game. From 2007 to 2009, Vargas was a coach for the U.S. Olympic Development Program, while also being an Academy Scout for U.S. Soccer. After his time with U.S. Soccer, Vargas became Director of Coaching for Miami Rush Kendall SC, a position he held from 2009 until 2019.

The Miami FC Youth Academy is holding tryouts at Tamiami Park this upcoming week from Monday, July 27 to Thursday, July 30. To learn more about tryouts or to secure your spot, click here.